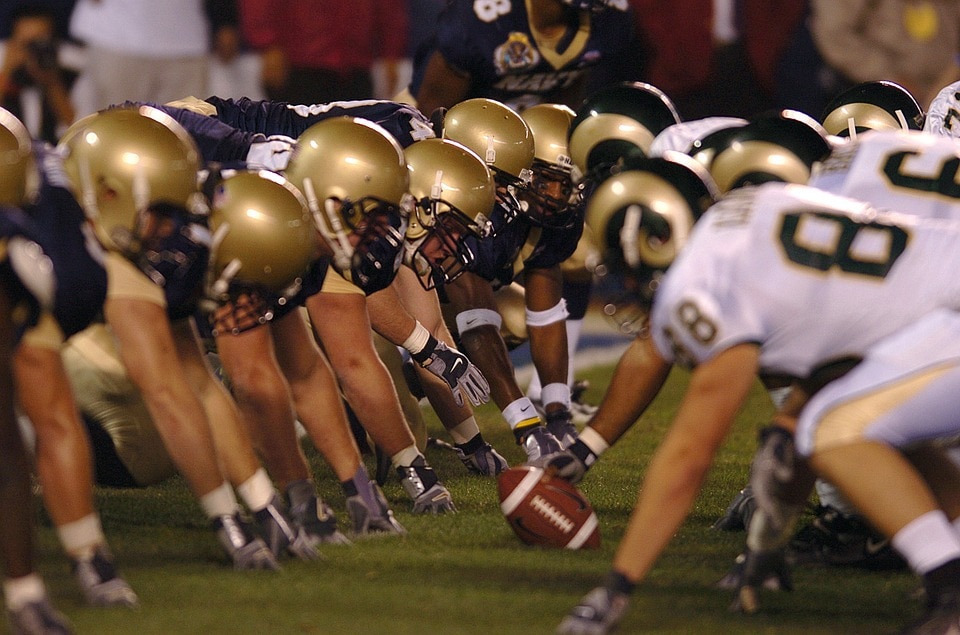 Racial tension. Social injustice. Violence. Sexism. Pissing contests among leaders more bent on attention than effectiveness. All of it fraying our hope for the future.

I’m talking about pro football. But you knew that, right?

Born as I was to a world champion Hall-of-Fame player whose NFL career spanned almost 50 years, pro football was everything, for better and worse. It was the organizing influence that imprinted me long before I understood what it meant to be an American or a member of my family’s church. So, I am canary in a coal mine for how – and why – pro football pushes our buttons more than any other sport. 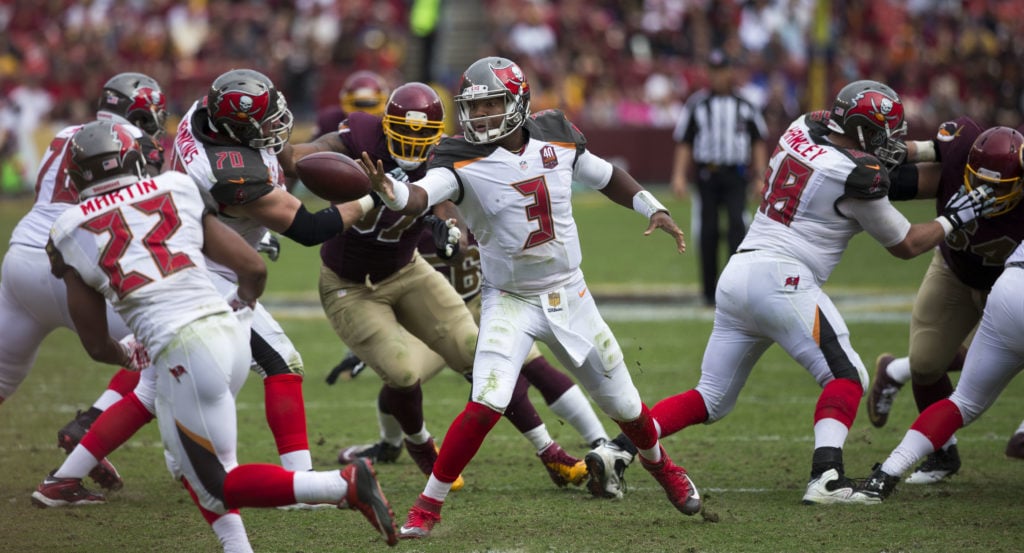 The NFL influences, oft times infects, the American identity. It is “ours” more than baseball, basketball, hockey and soccer, which have roots worldwide. The personalities associated with pro football, including its fanatics, reflect America – a diverse, tense, spirited bunch, full of possibility and partisanship. Pro football is also uniquely American in the way the game is played; football, like American democracy, is a collision sport. And when people bang into each other long enough, things are bound to seem out of control now and then.

Finally, there’s the All-American fascination with entertainment and celebrity. The downside of that feature has led pro football to become a stage play, too often producing bad theater. By any chance, does that sound like our American political arena these days?

But it’s not enough anymore to hold pro football and America up as mirrors for one another. That’s been done. I’m more interested in what the future holds. So let’s reframe the metaphor. How is the NFL a crystal ball and what does it reveal?

To understand pro football’s potential future – the one fans hope to see – we need to return to its past. To borrow from TED all-star Simon Sinek, it starts with why. Why did the NFL get to the top of the heap and stay there, notwithstanding all the discouraging drama?  Why does the game on the gridiron hold our attention more than any other pro sport?  It’s not because football is just entertainment, or an excusable reason to drink on Sunday morning.  The answer to why lies with pro football’s core value. Teamwork.

Football’s poet laureate, former player and coach Bill Curry, said it this way in his 2001 piece The Huddle. 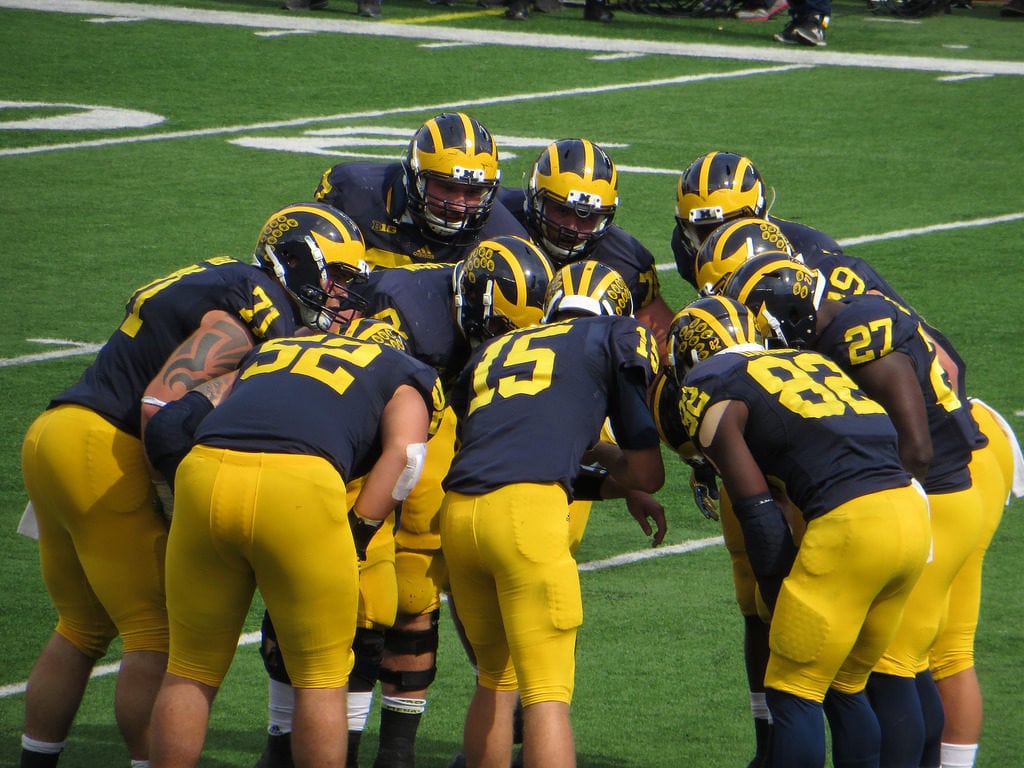 [Those] who have earned a place in the huddle have experienced the miracle of a team. . . the opportunity to participate in the greatest team sport ever devised. [Football] is the only sport in which every player needs every teammate on every play just to survive. We learn ever so slowly that our differences do not matter in the huddle. . . It is in this process that the miracle occurs.

On a casual level, teamwork is an idea that elicits short-lived inspiration or head-shaking cynicism. Deeper though lies this hard truth: both the pollyanna and the curmudgeon misunderstand the brutally difficult effort that true teamwork really requires.  Teammates have to hold one another and themselves accountable to performance. And yet they fuse that accountability with a near-conflicting devotion to their relationships. Each teammate knows that all of them are important parts of something greater.

Football points in this direction like nothing else short of the military. Fans are drawn to that like no other sport.

But it’s becoming nearly impossible to do any longer in an NFL franchise.

Money is not the obstacle. It’s the collateral effect of how money is chased. In packaging the sport for entertainment purposes, the original purpose of football as the greatest team sport ever created is diminished. Celebrity, the antithesis of teamwork, becomes the touchstone. Celebrity depends on the attention of others. It has a shelf-life of mere minutes. Hence, those who crave it must replenish it constantly. Its primacy thus diminishes other goals, team goals in particular.

To be sure, the NFL is not at fault for America’s “look at me” culture. But as long as what is supposed to be the greatest team sport aims to leverage more attention with a celebrity-driven strategy, something important is bound to be lost.

What’s been lost leads me to the single biggest lesson I’ve learned over fifty years as a born pro football fanatic. Football is bigger than the NFL.

But as I see it, the NFL tore up that memo. Instead of serving what’s best about football, the League uses football to serve itself.  I know it’s a preposterous comparison to imagine, but it would be like politicians using government to celebrate themselves, rather than stewarding America’s values.

First, fat chance that League management and the Players Association will change. The fans will have to become the grown-ups in the room, and walking away from the game is not the answer. I tried that a couple years ago and it was a mistake.

We’ve got a fractured locker room on our hands. Here’s what we’ve got to demand from pro football, and it starts with telling the truth. 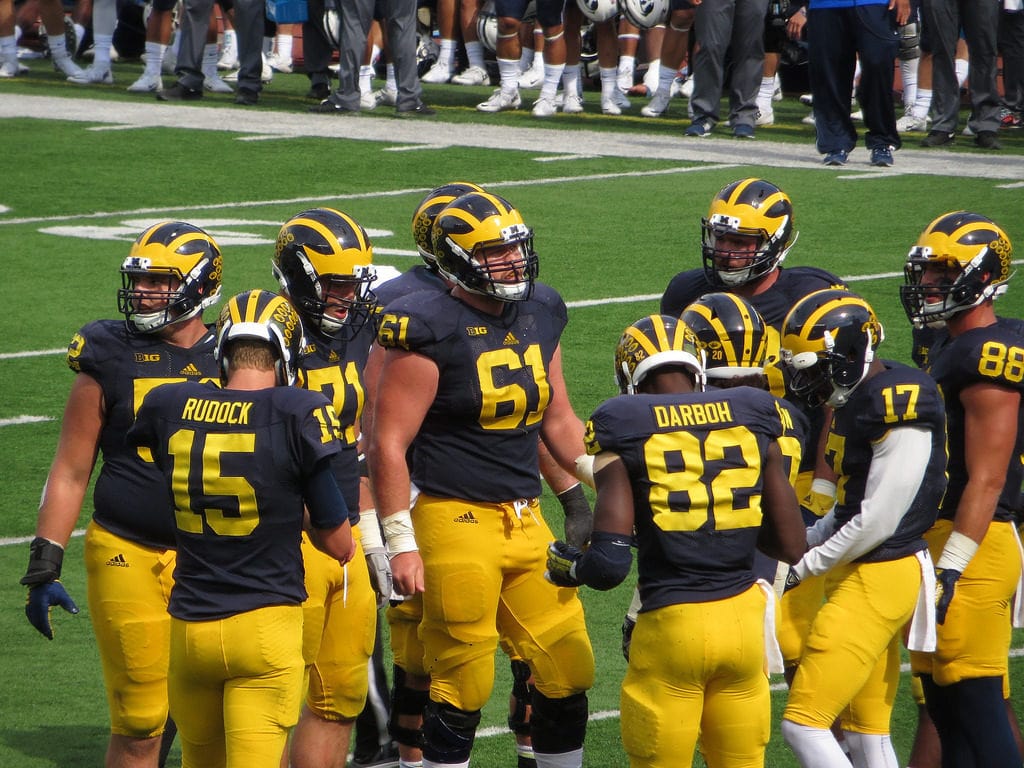 Each one of these issues is alone a massive project. So I’m prompted to say it again: real teamwork is brutally difficult. That’s what makes it worthwhile. For when teamwork is only lip service, it leads groups over the cliff. We don’t have to look very far these days to see that, do we?

Fans must demand that pro football become a flywheel for a new expression of teamwork. And, who knows? If we succeed even a little, pro football might set an example for America beyond the game. 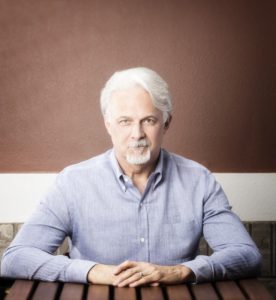 Oldest son and namesake of a world champion Cleveland Brown and NFL Hall of Famer, Michael McCormack is a lawyer, writer, speaker and, still to this day, pro football fanatic living outside of Seattle, WA. His wife, Melissa, and their blended family of five kids give him a hard time about his endless use of sports metaphors, but he gets the last laugh as the best fantasy footballer in the house. McCormack shares his lifelong journey in the grip of the NFL with his debut memoir, Born Fanatic. Learn more at www.bornfanatic.comand connect with McCormack on Twitter @1bornfanatic.