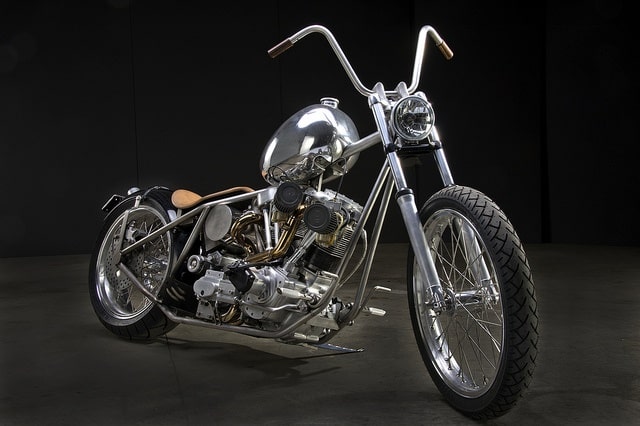 We’ve seen a lot of hybrid cars taking the world by storm in recent years. The hybrid technology has been almost perfected and the hybrid cars on the market today are more than just impressive. The BMW i8 was one of the first luxury hybrid cars, built to be fuel efficient and fun to drive, and the VW Passat GTE is well known for its ability to last. 500 miles on a single tank is an impressive feat and using only electricity it can travel over 30 miles. If you used this car for everyday travel you would probably save yourself a small fortune. So, the market for hybrid cars is doing exceptionally well, but what about hybrid motorbikes?

Hybrid motorbikes are still very new, despite electric bikes and scooters being around for some time. It was only really last year that hybrid bikes finally made an official appearance in the auto world. In January 2015, DARPA (Defence Advanced Research Projects Agency) showed the Silent Hawk to the public. If you think the name’s impressive, just wait until you find out what it can do.

The Silent Hawk, as you might have guessed, is one of the quietest motorcycles ever made. When it uses its lithium-ion battery it runs at around 55 decibels, which is quieter than a public conversation, and at its loudest it’s the same volume as a vacuum cleaner. It was designed to be used by soldiers travelling through enemy territory. It’s a bike you can use for going undercover, which pretty much makes this one of the coolest motorcycles ever. It runs on electricity and also has a multi-fuel engine. The electric motor is attached to the battery and its main engine can run on almost any type of fuel. If it’s combustible then there’s a pretty big chance that the Silent Hawk can use it.  Theoretically you could even power it with olive oil.

You’d be glad to know that the plans for hybrid motorbikes didn’t stop there. While the Silent Hawk is designed for stealth rather than speed, Suzukis’ 300bhp Turbo Charged Hybrid is designed to be the complete opposite. It still uses hybrid technology but is a lot sturdier and a lot faster than the Silent Hawk. Sharing the same technology as formula one cars, Suzuki’s hybrid motorbike has two motor generator units, with one generator recharging the battery when you decelerate and the other powers a turbocharged motor. It’s an incredibly fast and powerful bike, which makes it all the more disappointing to know that it hasn’t been built yet. However, there’s still hope.

So, how good is a hybrid bike for the environment, you ask? Well, it all depends on how you use it. Suzuki’s hybrid motorbike, for example, isn’t designed to be good for the environment. It’s designed to be fast and utilises electric motors no to replace traditional engines but to enhance them. The Silent Hawk, however, is an example of a great work in progress. It’s great to see that an electric motorbike can be so efficient, but there is still a long ways to go to improve the speed. Hybrid motorcycles probably won’t become common until electric motors can give motorbike riders the speed they want. One of the main reasons people ride motorbikes is because they enjoy the speed and the manoeuvrability. Every day more cyclists are taking out insurance with motorcycleinsurance.org.uk to keep their bikes safe at the high speeds that everyone loves. So, slowing down a bike to make it more fuel efficient just isn’t going to work. Still, it’s great to see that the industry is taking steps to reduce fuel consumption and improve motorcycle technology.