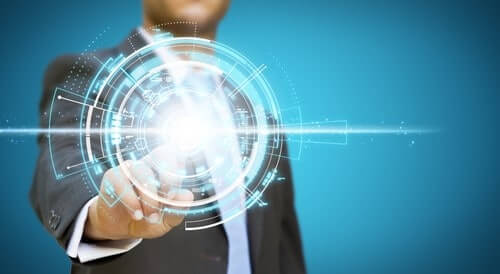 One standout at this year’s Sundance Film Festival wasn’t a film but a tech device that portends the future direction of the Internet. The device, produced by Seattle company HaptX and known as a haptic glove, allows users of VR headsets to feel virtual objects as if they were physically present. A VR film demonstration of the device allowed users to pull on a cloud hanging from a string and feel tension, or to pick up a small fox and feel it walking around on their hand.

The Tactile Internet will combine the Internet with the ability to use the sense of touch to interact with virtual or physical objects in real time. It will use technologies such as 3D Touch and haptic gloves to provide users with touch feedback and touch control capability. By combining this with visual displays and feedback, the Tactile Internet will allow users to use the sense of touch to manipulate virtual and physical objects.

In conjunction with virtual reality headsets, the Tactile Internet will allow users to feel objects on websites, in streaming videos or in video games. For instance, a combat video game player might actually feel the impact of landing a punch with a haptic glove. The Tactile Internet can also be combined with robotic arms to enable remote manipulation of actual physical objects. For instance, a warehouse worker could remotely lift a box with a robot arm from a different part of the warehouse or even from an off-premise monitoring location.

The Need for Speed

In order to provide real-time touch feedback, the Tactile Internet will require an extremely fast connection. This makes the emerging 5G technology network a crucial infrastructure prerequisite for the Tactile Internet. Today’s cutting-edge mobile processors, such as Qualcomm’s latest generation of Snapdragon mobile processors, are designed to be 5G-ready and fast enough to handle this type of speed. To integrate these super-fast processors with the emerging 5G network, Qualcomm has been working with industry leaders throughout the mobile ecosystem to develop a new air interface, 5G New Radio, that will meet the demanding ultra-low latency requirements of 5G. In conjunction with 5G-ready mobile processors and other infrastructure innovations, this will allow for the low latency needed for practical remote tactile control in real-time applications.

5G broadcasts are already being tested at this year’s Winter Olympics. Verizon, AT&T, T-Mobile and Sprint are all pursuing 5G rollouts over the next two years. Once this happens, the Tactile Internet will emerge rapidly. Tactile Internet applications promise to be as diverse as the Internet itself. Remote control of robot arms will enable service providers to vastly extend their geographical reach. One field where this will make a huge impact is healthcare, where remote tactile capability will make it easier for specialists such as surgeons to provide telecare. Industrial manufacturing will also benefit from the ability to safely manipulate objects from a remote location. Educators teaching hands-on arts will be able to feel and guide students’ movements when providing training in subjects such as engineering, art and music.

The Tactile Internet will also spawn important entertainment applications. TV and film producers and video game designers will be able to combine visual and tactile experiences in a virtual environment. This will spill over into advertising, where marketers will be able to incorporate the sense of touch into ad presentations. Tactile video games can also be used for “serious gaming” applications that teach real-life skills requiring motor coordination.

As the Tactile Internet increasingly incorporates the sense of touch into online experience, the nature of Internet user experience and services will change dramatically. Businesses will benefit from the ability to manage operations and deliver services remotely. Consumers will benefit from being able to receive remote services and experience tactile-enhanced entertainment. The implementation of 5G will rapidly accelerate these developments, making the Tactile Internet a growing reality as telecommunications providers begin to roll out 5G technology over the next couple years. Expect Tactile Internet applications to accelerate exponentially after 5G goes into effect.