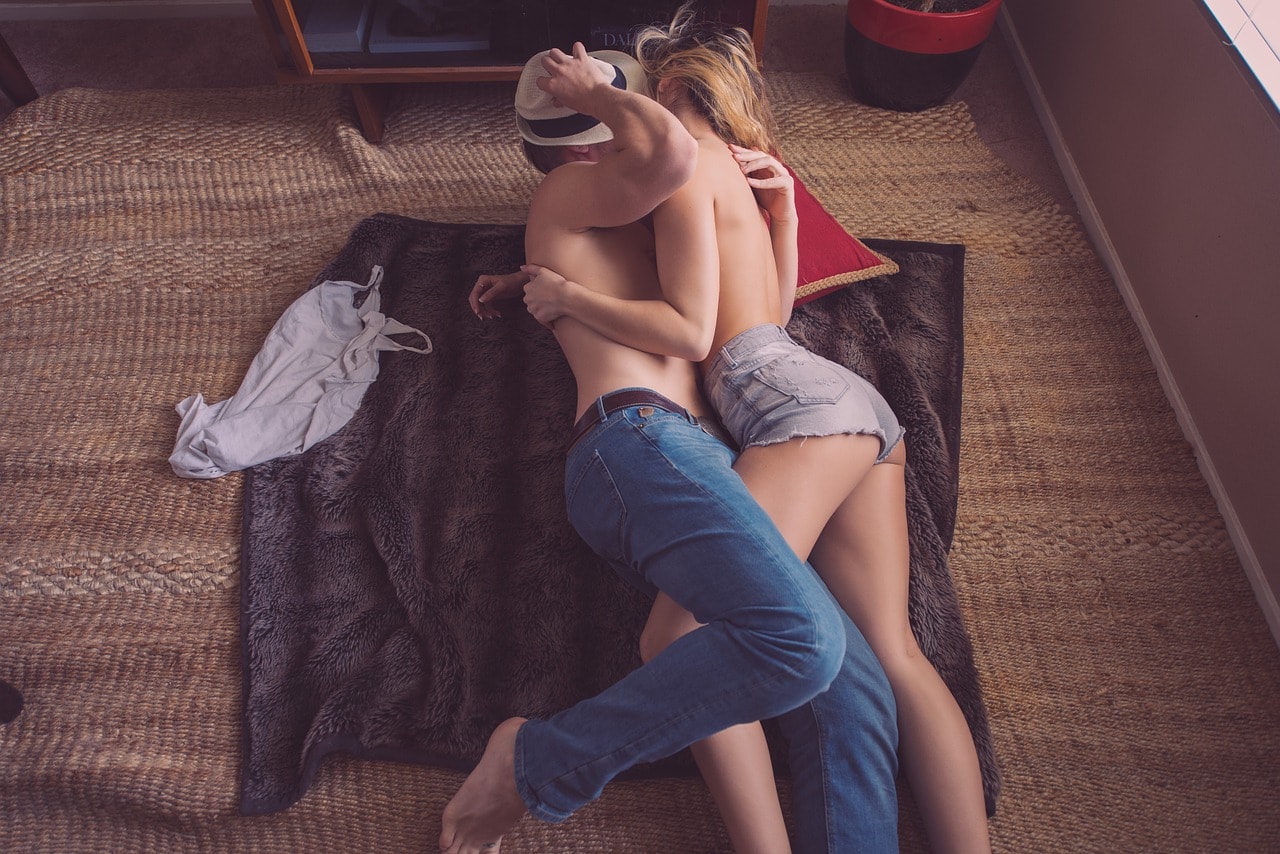 The first sexual revolution happened somewhere between the fifties and the seventies, and it was started up by hippies and flower children – but the rise of the internet has led to a whole new revolution in how people are having sex, and the second sexual revolution sees people pick-up their hook-ups online instead.

It’s easier than ever to get laid, but it also happens to come with a bigger amount of risk than it has before. Now that people can swipe a screen and organize a hook-up in just a few seconds, just one of the risks associated with it is a much higher risk of exposure to sexually transmitted diseases.

Here’s the essential information about how you can have safe, responsible online sex.

Setting the Rules – and No Exceptions

There isn’t a lot of talking involved in the majority of overnight online casual hook-ups – but this doesn’t mean that you can just get right into it. Always set the ground rules before any actual sex takes place, including what both of you are expecting from this, and what you consider safe – or don’t.

It also helps to ask what someone considers a turn-off before you find out that they really, really love pulling hair halfway through while you find it a mood-killer. It saves you a lot of wasted time if you just set the ground rules and details beforehand.

Ground rules should also include what’s to be done about things like condom use and kinks.

A simple, non-invasive test can help to screen you for a variety of different STD’s at once – and it’s your responsibility to do it if you’re having any form of hook-up, whether we’re talking about a once off online thing or a long-time relationship that lasts for years.

Same day STD testing can help to greatly reduce your chances of ever being exposed to an STD – or exposing someone else to one without realizing it yourself until it’s too late and a lot of damage has been done.

Statistics say that there are an estimated 110 million STD infections in the United States at any one point in time, and just that should help to give you an idea of the sheer scale of the danger that you can expose yourself to through online hook-ups without proper testing.

Statistics from the American Sexual Health Association adds to it that as much as 1 in every 2 people will contract an STD in their lifetime – scary thought, right?

Regular testing combined with other methods like the use of condoms can help to decrease your risk of exposure to an STD.

Condom use can greatly help to reduce your chances of contracting an STD, and this is an essential part of keeping your hook-ups safe. It’s far too common for condom use to be ignored entirely when it comes to setting the tone for the night, and this is why skipping the use of a condom can pose one of the largest potential risks – especially for online casual hook-ups.

Remember to ask if someone happens to be allergic to latex, and always have a backup (usually polyurethane-based) condom if the answer should ever be a “yes.”

Oh, and make sure that you choose the right size. There’s absolutely no fun in trying to flatter yourself (or someone else) and ending up with a rubber that doesn’t fit: A condom that doesn’t fit what you’re putting it on will only increase your potential STD risk.

Want to know just why condoms sometimes aren’t effective for protection against sexually transmitted diseases? A lot of the time people are using them wrong – and they have no idea that they’re doing it.

First, condoms should always be the right size – if it’s not, it’s either going to hurt and cut off your circulation, or it’s going to slip off like ill-fitting jeans. Second, condoms should always be stored in the correct way: That means not in a wallet where it can warm up and get damaged, and not in your back pocket where you can poke a hole through it just by sitting down on your keys – and you won’t even notice it.

Effective condom use also means, for practical reasons, not trying to put it on with your teeth (or, well, having someone else do it) – this can lead to fine nicks and tears in the surface of the condom that you won’t see, but that has the chance to greatly increase your risk of exposure to STDs. 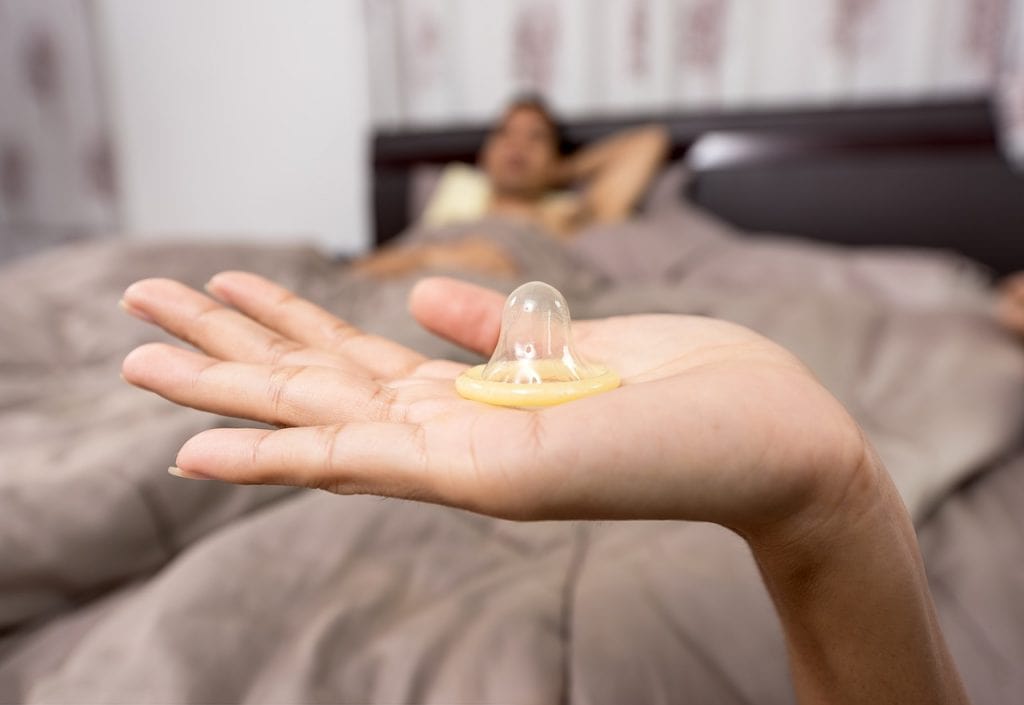 Condom use is enough to greatly reduce your chances of exposure to an STD to almost zero – but this is only with correct use, so make sure that you’re always using condoms the right way during sex for the best, safest possible results (and no nasty surprises when anyone goes to get tested later on).

No should always mean no – and it shouldn’t matter at which point in the process it’s said; even if you’re actively having sex and it suddenly changes to another tone, continuing past this point becomes sexual assault. Safe online hook-ups means consent – and it’s become so much of a concern for many that “consent videos” are being made before sexual encounters so that people can protect themselves and others during their hook-ups.

If you aren’t sticking to safer methods of protecting yourself and others against the potential of STD exposure, you’re part of the problem – and just one jump from one person to the next can create a chain effect that can help the spread of STDs to go way, way further than it should.

Keeping your casual hook-ups (and your relationship sex!) safe helps to promote overall safer sex – and if you happen to find a sexual partner who won’t stick to the rules of safe sex, it’s safer to move along.

Men’s Health: Who Do Men Talk to About Their Health?

Moving on from a Relationship and How to Start Healing