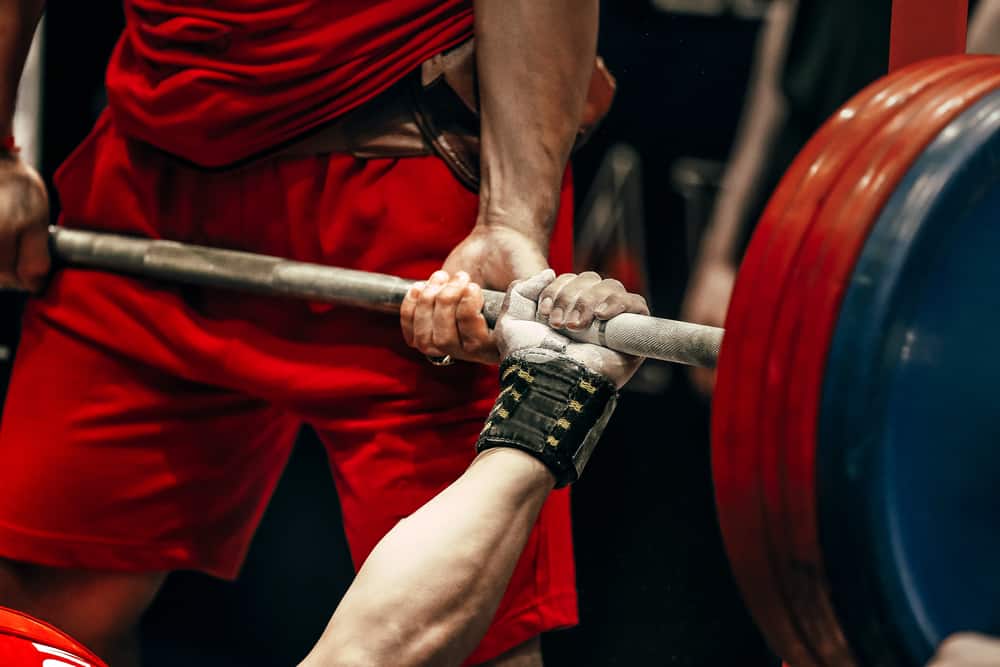 So far in my workout series, I’ve talked a lot about how to build strength. I’ve covered the basic barbell lifts, how to build a training program around them, and how you should properly progress if pure strength is your goal.

Today’s post, however, takes it to another level. In this article, I’m going to be talking all about the sport of powerlifting.

And while the vast majority of you reading this are probably more interested in getting healthy and strong than competing in a strength sport, there will no doubt be some of you who “caught the lifting bug” HARD.

Powerlifting is one of the most straightforward strength sports you can engage in.

Unlike the various “strongman competitions” you’ve probably seen, which involve lifting heavy stones and tossing logs, powerlifting is much more simple – you bench press, you squat, you deadlift…and that’s it.

Success in powerlifting all comes down to one thing – how strong you are in these basic, compound movements.

During a competition, lifters are surrounded by spotters and given three attempts for each lift. Like most competitive sports, they’re also broken off by weight class to allow athletes of varying sizes the ability to compete with one another.

How Did Powerlifting Get Started?

It’s important to distinguish between powerlifting, which is a relatively recent sport, and Olympic weightlifting, which has been around for much longer. While a lot of people think these two are interchangeable, they’re actually quite different.

Powerlifting, as you now know, revolves around the squat, deadlift, and bench press.

Olympic lifting, on the other hand, only revolves around two – the clean and jerk, and the snatch.

Prior to the 1950’s, if you were a super strong guy, you basically had two options – you could either take up Olympic lifting or become a bodybuilder.

During this time, however, Olympic lifting was beginning to decline in popularity, and new strength-based sports were starting to emerge. It was also during this time that bodybuilding started to gain in popularity and pick up traction in America.

With this new popularity came an interest in what was referred to as “odd lifts” – movements that these bodybuilders were incorporating into their workouts to build strength and muscle.

In North America and the UK, various events were held over the years, with attempts to regulate the sport and set international standards. In 1971, the International Powerlifting Federation was formed, and many of the new rules and regulations that we see today were formalized over the following decades.

While various other federations have formed, the IPF remains one of the most dominant.

Following the “barbell craze” of the late 2000’s, powerlifting has seen a kind of resurgence in popularity. Long considered a fringe activity, many young lifters are now flocking to powerlifting gyms and signing up for meets across the country (even a lot of bodybuilders are starting to get in on the action).

How Does Powerlifting Differ From Olympic Lifting?

Powerlifting differs from Olympic lifting because the two sports use completely different movements to gauge strength.

What’s interesting, however, is the way in which these lifts are different. One of the reasons for the declining popularity of Olympic lifting may well have been the level of difficulty. The clean and jerk and the snatch are two exercises that require not only a lot of strength and power but also a lot of agility and flexibility.

Seriously, if you’ve never seen these two lifts before, take a second and go watch them on YouTube – you’re taking a heavy barbell, launching it in the air, and hoisting it high above your head. 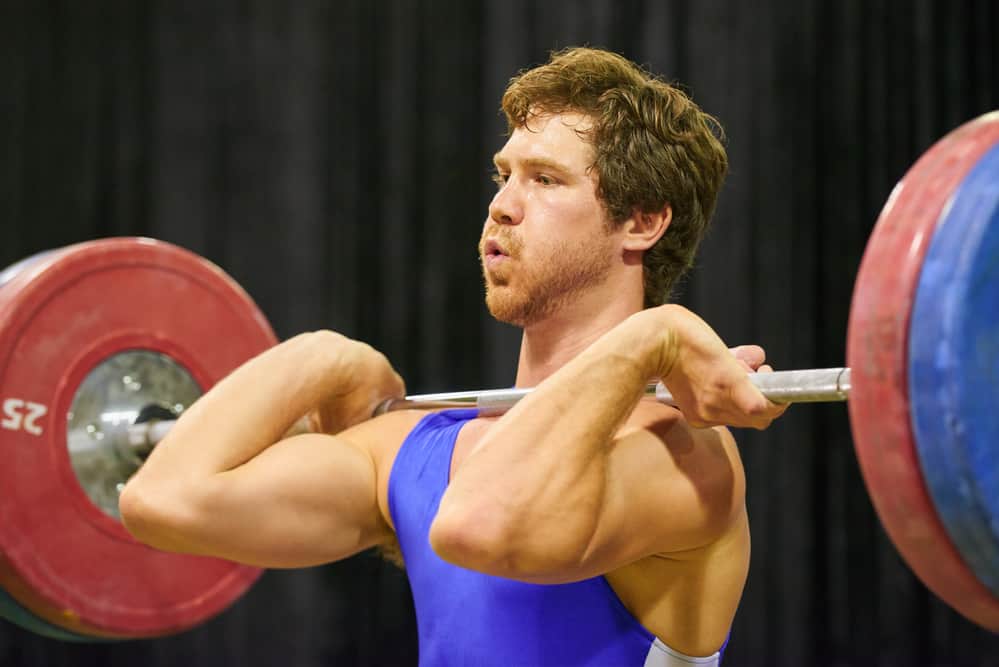 In order to do that, you need not only strength, but also flexibility to move through those ranges of motion without snapping your shit. There are a lot of guys out there who are incredibly strong but simply lack the ability to move their bodies in ways required to be an Olympic lifter.

Powerlifting, on the other hand, requires a lot less of that flexibility and agility. And while the lifts do require technique, the sport as a whole is far more focused simply on developing pure, raw strength – hence the appeal from strongmen around the world.

What Do I Need In Order To Start Powerlifting?

So, your interest is piqued and you want to start powerlifting, do ya?

Before you go ahead and start loading up the barbell for a one rep max on your bench press, it’s important to keep a few things in mind.

First of all, powerlifting as a sport is HARDCORE. It’s definitely not for everyone and requires a lot of sacrifice.

These include both time sacrifices as well as physique sacrifices. No, a lot of powerlifters aren’t as fat as you’d imagine, but carrying around a bit of extra flab can actually be beneficial in the sport (either way, you can kiss the razor-sharp abs goodbye).

It also requires some risk – it’s no great secret that loading a 600-pound bar on your back and squatting down with it is something that can go very, very wrong.

It’s also not necessary if you just want to get strong – you can get real good at squatting, deadlifting and bench pressing without ever setting foot at a powerlifting meet.

But, if you’re interested and you feel like you’re the kind of person who wants to compete and give this a shot, then check out the following tips for how to do that.

Build A Baseline Of Strength

Before you even think about making the transition into this sport, you need to have a good baseline of strength.

This means that you not only need to be familiar with the squat, deadlift and bench press, but you also need to be able to lift a shit ton of weight.

Generally speaking, I’d recommend you get yourself to the point where you have intermediate strength levels before making the transition.

What do I mean by “intermediate strength levels”? While opinions vary, I think a good benchmark is the guideline set by Martin Berkhan (the guy that came up with the Lean Gains system).

That means if you’re a 180-pound dude, and can bench press about 215 pounds, squat about 290 pounds, and deadlift about 360 pounds, you’d meet the criteria for intermediate. 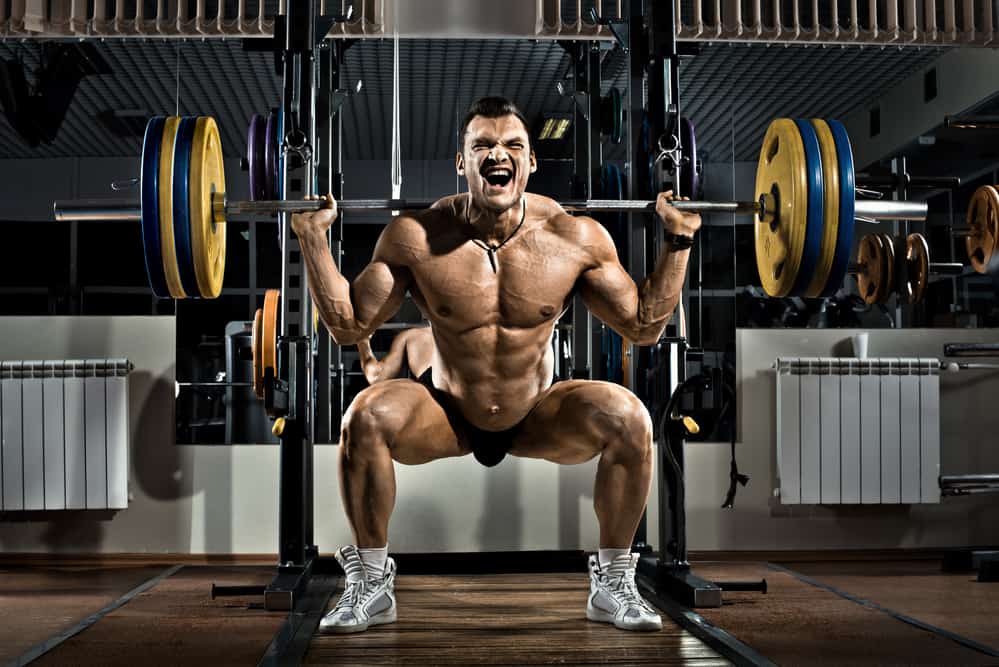 So, if you’re at this point, great – you can give powerlifting a go.

If not, then I’d recommend you build up some strength first. Stick with a program like the one I outlined on heavy compound training.

Become Familiar With The Rules

If you think you might be interested in competition, it would definitely help to keep some of the idiosyncratic rules of the sport in mind when you’re training (even if you don’t plan to compete for a while).

A great example of this is the bench press. Chances are, if you’re currently benching, you’re probably doing it like most people – taking the bar from the lockout to your chest and back up in a smooth, controlled fashion.

In powerlifting, however, most rules require you to perform a “hold”, in which you actually stop the bar on your chest before locking it out.

While it’s not a huge difference, it is something you should start thinking about now.

Find Other Powerlifters To Train With

Chances are that most people you meet in your average gym aren’t interested in powerlifting (regardless of how strong they are). That doesn’t mean you can’t train with them, but it does mean that you should link up with some people who are interested in the sport.

A good place to start would be somewhere like the USPA (United States Powerlifting Association). Check out the forum, get involved in meets, and if you can, try to find some like minded guys to hit the gym with.

You could, theoretically, do all your training in a commercial gym. But if you live in a bigger city, you might want to seek out places that cater specifically to powerlifters.

Not only will it be way easier to find training partners, but you’ll also have the added bonus of not having everyone stare at you like you’re insane once the weight starts getting really heavy.

Powerlifting definitely isn’t for everybody. But if reading this article has gotten you interested, and you think you’ve got what it takes, then by all means, give it a shot. Not only is this an exciting, growing sport with a supportive community, but it’s also something that will test your mind, body, and spirit, and help you become the strongest person you can be.

6 Amazing Products That Keep You Active