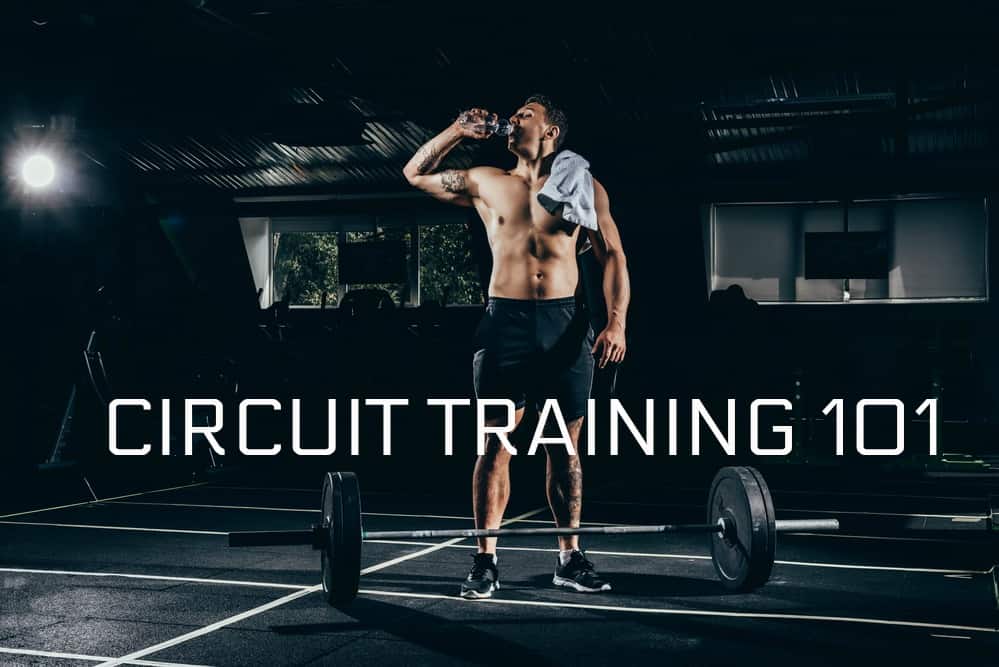 If you’ve been following along with my guide for a while now, you know that, for most of you, I advocate a workout strategy which utilizes both resistance training and cardio.

I know – a lot of you want to skip the cardio altogether. But in my opinion, that’s a huge mistake.

Cardio is absolutely vital. Not only is it hugely beneficial for controlling body fat, it’s also critical for a functional cardiovascular system, and (contrary to popular belief) it will actually make gaining muscle easier

With that said – it is kind of a pain in the ass. Not only is it not much fun for most people (especially men), but it can be a pain to juggle a weekly schedule of both cardio and weight training.

Well, today’s your lucky day. The style of training I’m going to be covering is one that takes these two worlds and combines them. While it’s not for everyone, if you’re looking to minimize your time in the gym, then read on, because this might be just what you need.

What Is Circuit Training?

Circuit training is a technique that blurs the lines between cardio and resistance training. It’s a fast-paced, high-intensity workout that involves completing a “circuit” – a prescribed set of weight-bearing exercises (usually with light weights), one after the other, without stopping.

Once all the exercises are finished, the circuit is complete, and you can take a rest.

Confused? Let me give you an example.

Let’s say you wanted to do a short circuit that focuses on your upper body. You would choose a few upper body exercises (for our purposes, let’s go with the dumbbell row, the dumbbell shoulder press, and the dumbbell curl).

After selecting a weight and deciding how many reps you want to crank out (let’s say it’s 10 reps per exercise) you would then get your dumbbells out and begin – 10 reps of rows, immediately followed by 10 reps of shoulder presses, and finally, 10 reps of bicep curls.

Once you’ve finished the circuit, take a rest (let’s say one minute), then do it again.

Now, this is a pretty poorly designed circuit, but you get the idea. You’re choosing exercises and moving through them rapid fire.

How Did Circuit Training Get Started?

While people have probably been doing primitive forms of circuit training for centuries, it originally got started in its modern form in the 1970’s, after Arthur Jones introduced his Nautilus workout machines, which got picked up very quickly by gyms around the country.

While Nautilus was originally used by bodybuilders for high-intensity training, a lot of gyms figured out pretty quick that they could be used by the general public as well. The problem was (at least in the 70’s and 80’s), most people didn’t really want to get muscular – they just wanted to get fit and “toned”.

The gyms also figured out that, since the machines were so easy to use and the weight could be adjusted so quickly, they could really combine strength training and aerobics (without having to coach your average person on the mechanics of lifting). 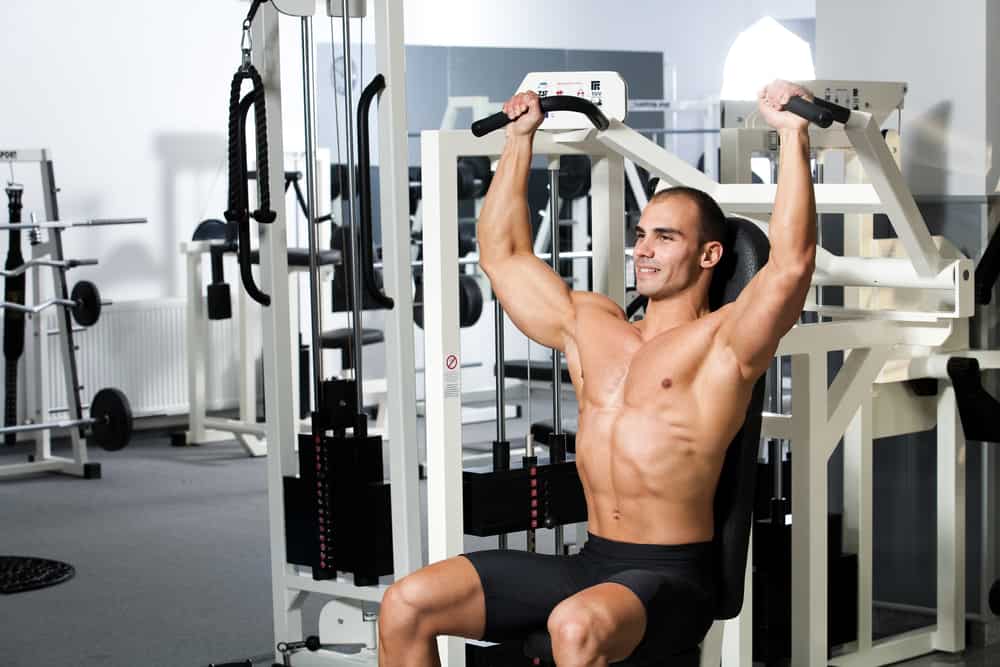 In fact, it was these machines and this emphasis on “cardio weight training” that helped kicked off the fitness craze in the 80’s and 90’s.

And while we’ve seen a huge renaissance in pure weightlifting over the last few years, the circuit training concept remains popular for people whose primary goal is to lose fat and tone up.

Does Circuit Training Only Use Isolation Movements?

This is a common misconception, and it stems from the days when circuit training was primarily performed on old school Nautilus machines.

The reality is this – circuit training is a hugely versatile training style and can be performed on machines, dumbbells, kettlebells, bodyweight – as long as you have some kind of resistance, you’re good to go.

What Are The Pros And Cons Of Circuit Training?

Since circuit training straddles the line between cardio and weight training, it’s one of the more unique training protocols I recommend. While it’s not for everyone, I definitely feel that it has a lot of benefits (especially if fat loss is your primary goal).

This is a huge draw of circuit training. By combining weight lifting and cardiovascular exercise, you get the best of both worlds.

You also ensure that you won’t be wasting a lot of your time in the gym. A good circuit training routine can be performed in less than 15 minutes if you structure things properly.

Not only is circuit training great for burning fat, it’s also phenomenal for athletes as well. Because of its “stop-start” nature, alternating periods of intense aerobic and anaerobic activity, it mimics the dynamics of a lot of sports and will help increase your speed, agility, and endurance.

Bottom line – if you’re an athlete (even just a “weekend warrior”), you should definitely consider using circuits as part of your training.

Perhaps the greatest advantage of circuit training is how customizable it is. Not only can it be done using almost any piece of resistance equipment, the parameters can be altered for a variety of goals.

Unfortunately, while circuit training is awesome for a lot of guys, it definitely does have its limitations. Most of these drawbacks come about when guys use it exclusively to train, when in fact most of you would actually do well to use it as a supplement to your routine.

Circuit training is absolutely, no question one of the best forms of cardio you can engage in. But when it comes to weight training…not so much.

Now, don’t get that twisted – it certainly isn’t a bad way to lift weights. In fact, it’s a really good way…it’s just not the optimal way.

Let’s start with muscle grown. While any kind of intelligent lifting program will add some size to your frame, you’re going to have an easier time on a program that focuses strictly on working and fatiguing the muscle fibers.

It’s important to note that this shouldn’t necessarily rule circuit training out for you. If you’re a big guy and you’ve got a lot of fat to lose, you might want to prioritize calorie burning while forgoing optimal muscle gains until you’re leaner.

The same thing applies if you’re an athlete who doesn’t have much need for a lot of extra mass.

But if you want to put on some serious muscle, you’ll want to consider a routine that separates weight training from cardio.

This drawback also applies if you’re focusing on your strength. Again, it’s not that you won’t build strength by circuit training, it’s just that it’s not the optimal way to go about it.

Most of you will find that the optimal rep range for strength is fairly low – typically between 1-6 reps. You’ll also find that more muscle often equals more strength.

Unfortunately, circuit training falls short, since the majority of circuits are well above 6 reps.

One of the other drawbacks is the increased chance of injury. Because while all resistance training carries some risk, that risk tends to increase the more reps you do in a set. And as fatigue starts to step in, you’ll find yourself increasingly tempted to “break form”.

While this can be mitigated with proper training, it is something to consider.

How To Get Started With Circuit Training

While I could bombard you with a ton of different circuits, I’m going to get you started on one of the most simple, bare-bones routines you can perform – the barbell complex. 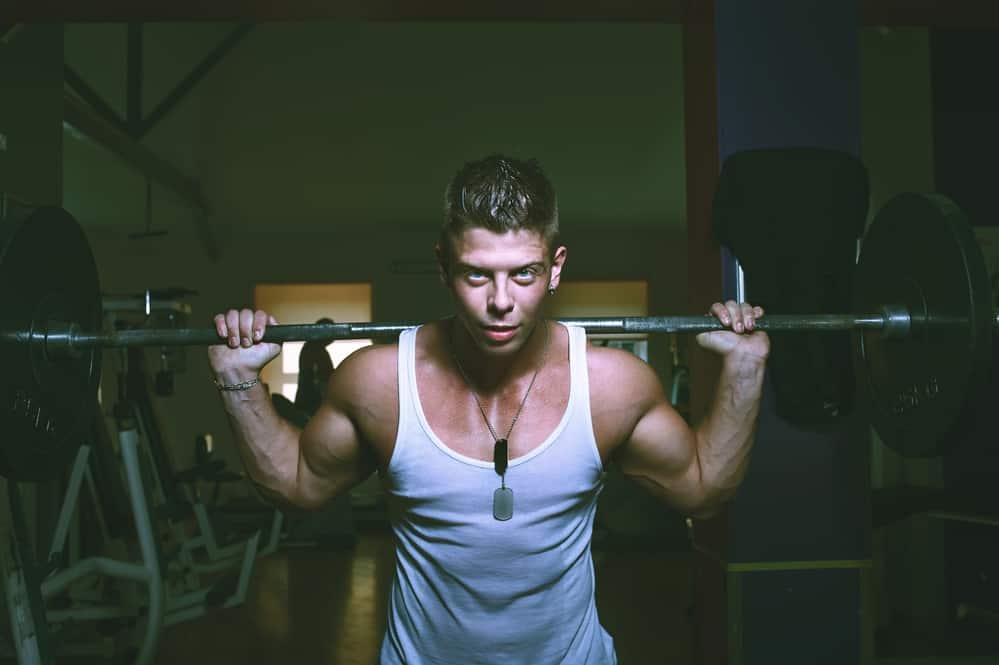 The concept behind this routine is simple. You’ll be taking a simple piece of equipment that you can find in almost any gym, using it to pair up compound movements, and going through those movements rapid fire.

In order to maximize the weight and intensity of the circuit, I’ve chosen compound lifts that focus mainly on the legs, but that still require upper body strength to move and stabilize the bar.

Choose a weight that you feel is light enough to allow you to perform 24 repetitions of leg-focused, compound exercises. Perform them one after the other, and make sure you don’t let the bar touch the ground (that would be cheating).

Rest for one minute between sets, and try to perform 5 circuits.