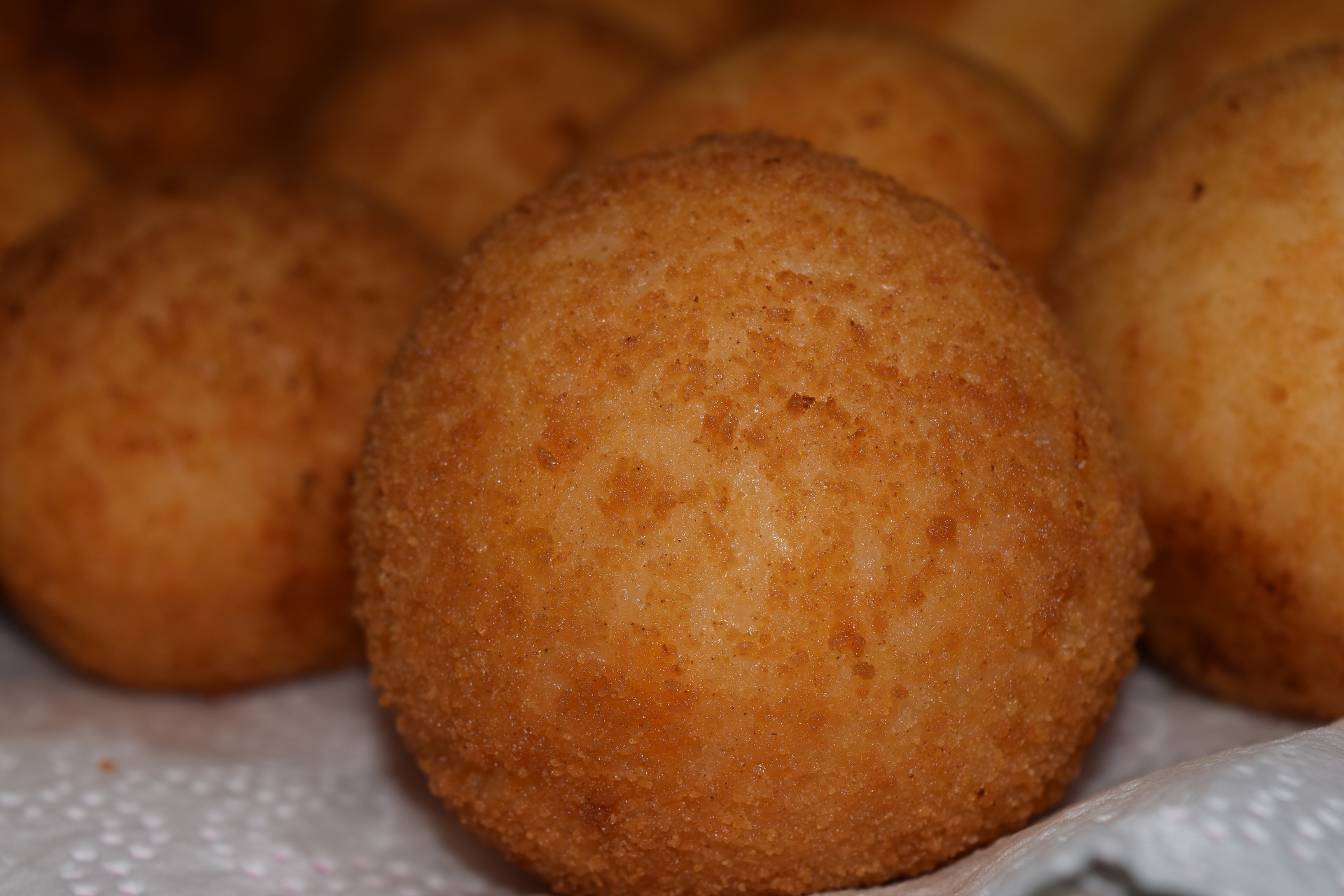 I feel so lucky to have had the pleasure of traveling all over the world with my family. We have been able to visit some incredible places and eat some amazing food. On our last trip to Europe, I discovered something: their fried food tasted so much better than ours does in the U.S. I figured maybe it was just vacation brain…everything does tastes better when you’re on a trip in a beautiful place!  Read on to see what I learned about fried food while visiting Europe.

When we were in Italy, we tried what might be my new favorite food. It’s called Arancini, which is a fried ball of rice. They stuff them with other amazing ingredients, like meat, tomatoes, mushrooms, cheese, pistachios, or eggplant. Then, they are covered in bread crumbs and deep-fried. It sounds relatively simple, but they’re to die for.

As my family sat eating our Arancini, the server came by. I couldn’t help but ask, “What makes these so good? They’re amazing! What is the secret?”

“Oh…I assumed it was the quality of the mozzarella or something?”
The server laughed. “Well, that too. But Americans are always surprised by how good food fried in clean oil tastes.”

He walked away before I could ask what he meant, and then we got sidetracked by the pizza. But later, what he said kept bugging me. What did he mean by clean oil? What do the Europeans know that we don’t? When we got back to the hotel that night, I decided to look it up.

After googling, I stumbled upon some terrifying information. Europe has very different laws and regulations around fryer oil than the U.S. This is because there are studies that show a link to fryer misuse and carcinogens found in food. There is reason to believe that not cleaning or changing the oil in a fryer can even cause cancer.

Studies show that when oil is reused without being filtered, the oil itself degrades. Bits of food separate into the oil and then cook over and over. These bits can get cooked over 200x, charring, and later attach to someone else’s meal compromising your food safety. These seemingly harmless bits can contain high levels of “PAHs and HCAs.” After looking up what PAHs and HCAs are, I found out they are cancer-causing chemicals. So the U.S. is just letting us eat food covered in potential cancer-causing bits? I was grossed out and couldn’t stop thinking of every time I made my kids eat French fries back home.

Europe’s solution to this problem isn’t to stop serving fried food. They regulate the oil. Fried food is perfectly safe and healthy when the oil is tested or filtered. To fix this problem, the United States needs to enforce the filtration of fryer oil. Or, restaurants could change the oil in a reasonable amount of time. This shouldn’t be too much to ask!

What I Learned About Fried Food

After returning home to the U.S., I’ve become acutely aware of fried food. I always ask the restaurant how often they change the oil before I order, especially when I’m with my kids. I hope the U.S. can catch up to Europe and get this problem under control soon. If the government doesn’t enforce it, the restaurants need to take charge of themselves to keep their customers safe. Change your oil! Our lives depend on it!

Is Sitting During Work All the Time Actually That Bad?

Tips to Control Your Blood Sugars and Prevent Diabetes