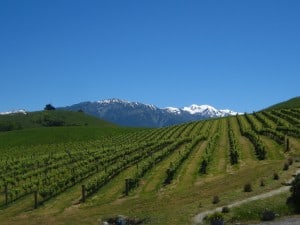 A lot has changed since the glory days of wine-as-varietal in the 1980s and 1990s. The pioneers from California, Australia, armed with their virgin wine consumers, seized an opportunity and reformed the very geneology of vine varieties and terroir. Indeed the relationship between vine origins and winegrowing regions themselves has woven many new ideas into the dogma of wine in general. Is Burgundy still the ‘home’ of Chardonnay and Pinot Noir? More and more frequently the lines between old and new world wine seem ridiculous: there are trends in California of lean, high acid Chardonnays and white Burgundy of 14.5% Alcohol and 200% new oak is no oddity. Returning to the basics in this situation seems prudent. Not to drag back the old style stereotypes, however, but  to refresh our perspectives. Imagine you walk into your wine store to find a display of French Malbec with trendy labels, no mention of Argentina or Cahors to be found. Knowledge is now your deep breath of fresh air.

What future varietals will be added to lists like this is perhaps a question that will never be answered, as an era of associating flavours by region will undoubtedly return eventually. Another possibility for the future is that we may experience a glut not of single trendy varietals but of every varietal imaginable, as consumers finally realize that bad wine is almost non-existent in today’s marketplace. Grabbing a random bottle near the cashier of Furmint from Madagascar could be the consumer mentality, as long as the importers and retailers continue to be accountable to their customers. Either way, we can look to be drinking wine that challenges the traditions but also redefines them for a long time yet.