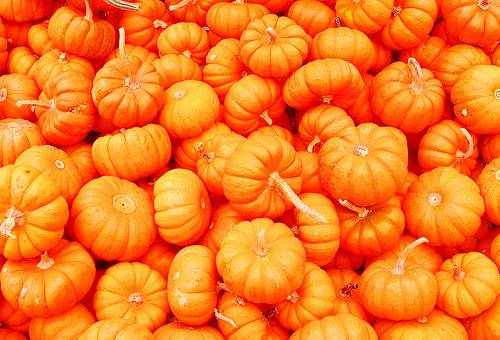 Any time a new product hits the shelves en masse and becomes the next big thing, we as consumers can either light up the red flag of skepticism, or jump right into the fold like a proper hipster. Pumpkin Beer, which has flooded store shelves over the last few weeks, should send up a few of those red flags. First of all, why do pumpkins and beer need to have any sort or relationship whatsoever? Granted, they do both have a symbolic connection to all things fall and October, but I don’t see Pumpkin Apple Sauce at the grocery store. These two foods are far from a traditional pairing. Eggnog and pie maybe, but I’ve never cut into a slice of pumpkin pie and had my tastebuds cry out for a frothy malt. What we have here is a case of pure, unadultered consumer trick, with the alleged promise of a tasty treat. Hallowe’en has become a consumer holiday to rival the rest of them, so why can’t the beer makers get a piece of the pie?

After sampling quite a few Pumpkin Beers this month I could definitely draw a line between two very differnet types of beers. There are those that are somewhat soul-less bandwagon hoppers, and those that are nothing less than an expression of some good breweries and their brewmasters. Throwing spice or raw pumpkin into the vats, or whatever clever infusion technique is being employed, seems to create a very wide swath of results. Some really do taste more like raw pumpkin than actual beer. Some have clearly anticipated that if we’re buying the product as a novelty, it needs to be somewhat confected, and perhaps taste exactly like pumpkin pie itself. And some have gone out and made a good beer, with the pumpkin elements nicely integrated and nothing sticking out. In truth, I enjoyed all of these beers in one way or another, since much of the excitement came when I discovered that Pumpkin Beer had gotten so popular that I would have to drive around just to get some, making the actual purchase a cause for celebration and indulgence. The good bottles made me go out and get more, with the intent of cooking up a fall feast, with game bird, sweet potato mash and roasted vegetables.

This had a hearty, roasted malt character and a full bodied mouthfeel. The spices are subtle, and seem to be quite earthy and integrated, adding to the savoury brown ale elements. Finishes long and slightly bitter. Perfect for curling up beside a fireplace.

A full-bodied, yeasty but only slightly spiced ale. Doesn’t boast in its pumpkin flavours but the base beer is superb. Really silky and memorable aftertaste.

A whack in the face of pure sweet pumpkin and baking spices. Probably the most similar to the flavours of an actual pumpkin pie. Softly carbonated, leaving an impression of sweet cream on the finish

Aromatic and fruity, with notes of orange zest. The hops marry strangely with the pumpkin notes to create an unidentified vegetal character, and the spice and pumpkin flavour get bushed back into the subtle category. Has the wonderful texture you would expect from any Brooklyn beer.

Very reminiscent of the Elysian in terms of delivering a sweet pumpkin pie flavour, but the intensity is scaled way back and I think you could have more than 1 of these. A note of hops pokes out on the finish.

The sweetest of them all. If you’re looking for a pumpkin beer as a dessert, here’s your first choice. Feels a bit like an unbalanced porter where the midpalate doesn’t have enough stuffing and the finish lacks a bit of bitterness to balance the flavours.

Delightfully aromatic, like walking into a bakery. Lots of balanced spices in the mouth, but is a little too fizzy and the heavy spices become tiresome. Mixing this half and half with the Ambroise Oatmeal Stout would be a fun experiment.

Pure food beer. Esoteric in its pumpkin flavour, with notes of raw uncooked spices and pumpkin skin. One taster said celery. We saved the extra bottles for the roast chicken, and then the flavours made sense. I find Phillips beers to have a bit of a vegetal character anyways so this was over the top for me.