Home Fitness The Birth of the Mountain Bike 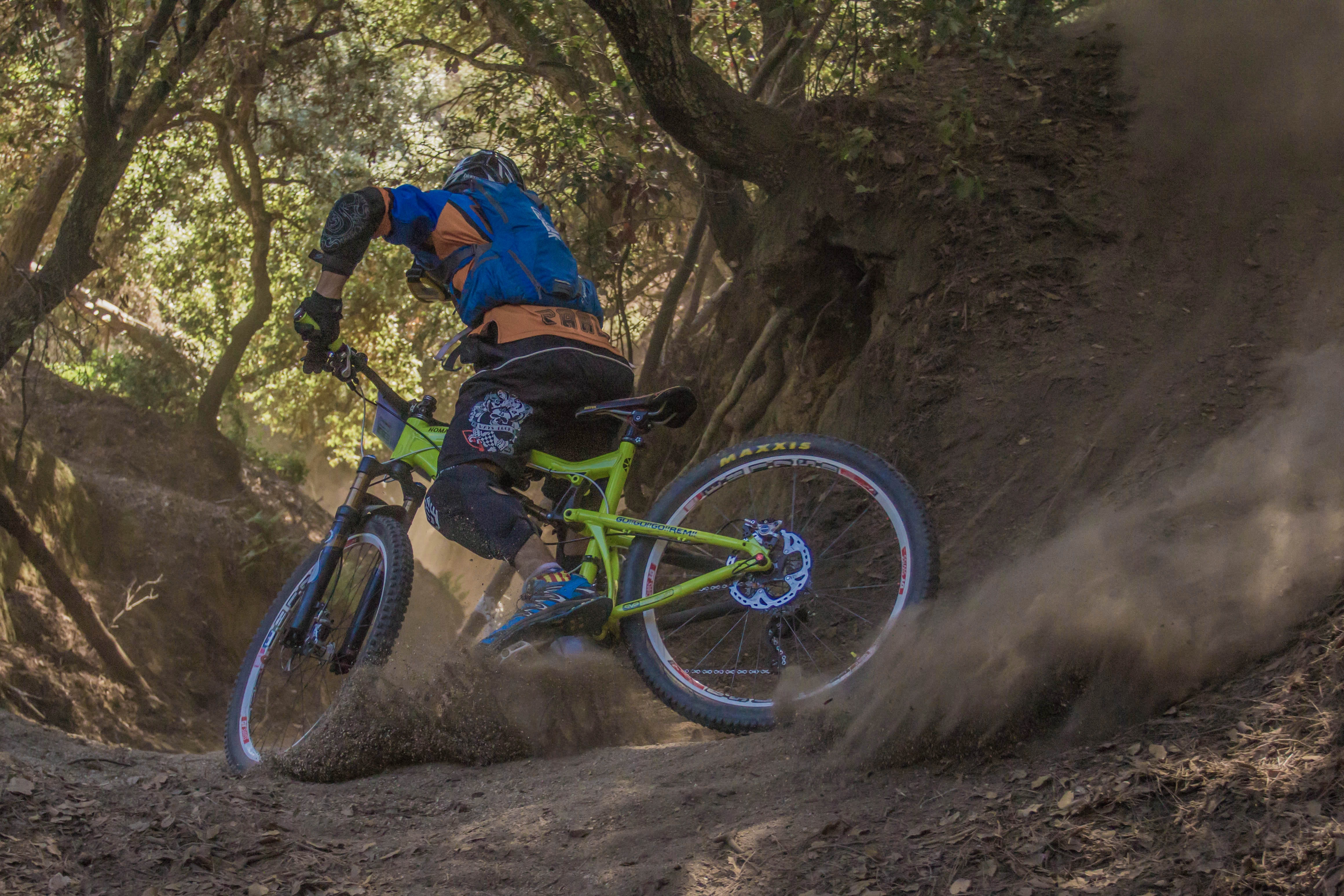 The Birth of the Mountain Bike

Mountain biking is by no means a new phenomenon, but the sleek frames and styles you see when wandering into your local Halfords are a far cry from what started out 30 years ago. In fact, the mountain bike as we know it as today is a completely different concept from its birth back in the 1970s. Even 15-20 years ago the sport would be almost unrecognizable compared to the plethora of competition styles and disciplines that are now widespread. To learn more about why mountain biking started; we need to go back to mid-70’s in southern California.

It all started with Joe Breeze, who was to become a champion racer, as he custom built off-road bikes using salvaged parts, particularly focusing on fat-tire bicycles. These ‘Frankenstein’ bikes used balloon tires from one-speed bikes from the 1930s 40s and 50s with added coaster brakes. Riding the mountain trails near Mt Tamalpais in Marin County, new lines were forged out of the hillside, including the infamous (although now rather tame) ‘Repack’ trail – its namesake derived from the fact that one descent was enough to overheat the hub brake meaning it had to be re-packed.

At the time, the bikes used for Mt. Tamalpais riding were known as ‘mountain bikes’ in contrast to ‘road bikes’ simply due to the tire differences as they suited the terrain better. According to Joe Breeze, the term ‘mountain bike’ became more widespread with other riders down in the Santa Barbara area as they used fat tyre bikes being for descents too.

The next step occurred in October 1977 when Joe built a fat-tire bike made from lightweight tubing. This was a new feature of a ‘mountain bike’ as the light weight tubing was previously found only on better road bikes at the time. This bike wasn’t made from salvaged junk; it had all new, high-quality parts and crucially 26’ x 2.125’ Uniroyal ‘Knobby’ tyres resting on Schwinn S2 rims and Phil Wood hubs. Nothing like this had been constructed before, and by June 1978 Joe had built ten ‘Breezer’ bikes. Such is the fame surrounding this innovation that the first ‘Breezer’ has been on display since 1985 across the country. It is not on permanent display at California’s Oakland Museum.

The Breezer wasn’t the first though. Back in 1977 a frame was built by Craig Mitchell, made of 413 chrome-molybdenum air-frame tubing, just like the Breezer. Again, this was a little bit of a Frankenstein bike with parts sourced from various models and brakes taken from a motorcycle. Unfortunately for the bike world, Charlie Kelly, for whom the bike was built, decided to switch to a Breezer and the Mitchell frames ceased development.

Jumping a couple of years ahead, we find ourselves in 1979. This year the semi-professional cyclists Joe and Otis were planning another transcontinental tandem record attempt. During their training they visited local bike builder Tom Ritchey and wheeled Joe’s Breezer mountain bike into the shop. This interested not only Ritchley, but his fellow frame builder Peter Johnson, who happened to be working in the store that day.

Left impressed with Breezer’s features and realizing the importance of the concept of the mountain bike, Johnson, being a veteran road-bike trail rider in the Santa Cruz Mountains, wanted to know more and wanted one made for him. At this point, Gary Fisher got wind of Tom’s interest in fat tire bikes and asked Tom to build him one too. Tom eventually built one for himself, one for Gary, and one for Gary to sell.

Fly on towards the end of 1979, and 9 frames down the line, Tom was struggling to find buyers in his home of Palo Alto. Fisher was approached on the basis of selling them in Marin County, pooling a few hundred dollars and starting the store ‘Mountain-bikes’. Exclusively selling mountain bikes, it quickly took hold and filled a huge gap in the market as most road builders at the time were focusing on road bikes. And thus, the mountain bike concept took hold.

So, when checking out the latest frames in store, remember it was Joe Breeze, who still produces Breezers today that started it all.