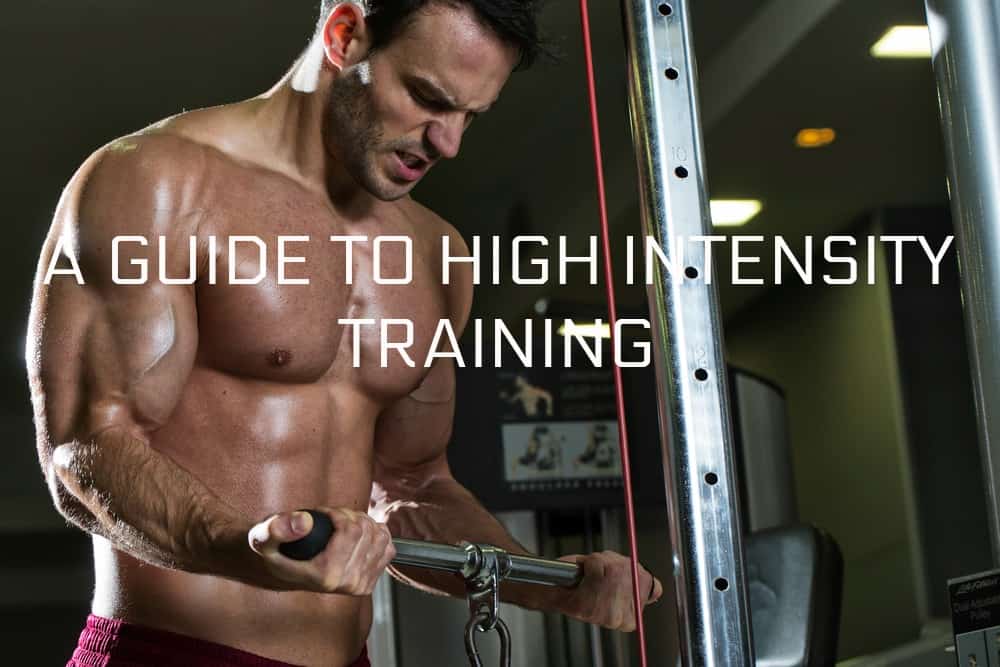 Hopefully, you’ve figured out by now that if you want to get results from weight lifting, you need to be training HARD.

This is true whether you’re doing circuit training, high volume training, low volume training, compound training – if you want to make progress, you need to put the effort in. Muscle and strength is the result of progressive overload – the ability of your body handle more and more stress over time.

With that said, there’s one style of training that takes the idea of intensity to a whole new level.

The Origins Of High-Intensity Training

The origins of high-intensity training, or HIT, got started all the way back to the 1970’s. In my guide to free weights vs machines, I talked a little about the rise of workout machines in the 70’s, specifically referencing Arthur Jones and his Nautilus machines.

Up until that point, the popular training style that dominated bodybuilding had consisted of long, high volume workouts. Arnold, in particular, was notorious for marathon workouts in the early 70’s during the height of his fame, often working out for hours at a time.

The advent of Nautilus, however, gave bodybuilders a new way to lift. Since the Nautilus machines were set to a fixed plane of motion, they allowed trainees to go all out, without having to worry about breaking form and dropping the weight.

In the 1980’s, former Mr. Olympia winner Mike Mentzer took the principles set out by Jones and adapted them into his own formalized system called Heavy Duty, emphasizing slow, deep muscle contractions, with sets often taken to failure.

Mentzer also became an advocate for brief, intense training sessions, advising lifters to spend only a few hours per week in the gym, and the rest of the time recovering.

Since the 80’s, the idea has slowly and gradually spread, with many bodybuilders adopting the strategy. The most notable of these was English phenom Dorian Yates, who would go on to win the Mr. Olympia six times throughout the 1990’s.

While there are varying schools of thought surrounding the specifics of HIT, the general idea is that, in order to stimulate maximum muscle growth, you should be taking each workout set you perform to failure.

Now, here’s where it gets important – when I say failure, I mean failure. 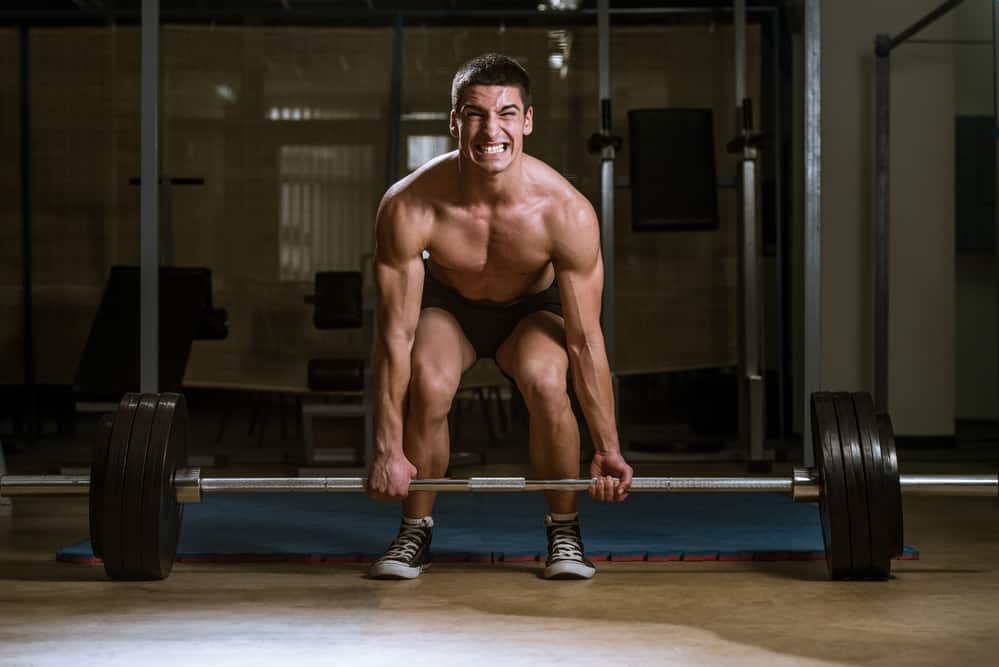 In fact, some HIT advocates recommend taking it a step further and training beyond failure, in which you have a training partner assist you to help crank out a few extra reps once you’ve gassed yourself out.

Generally speaking, most HIT practitioners like to focus on slow, controlled reps, with Mentzer advocating a “3-second rule”. This means that in any given exercise, the weight would go up for 3 seconds, and then back down for 3 seconds.

Unlike bodybuilders of the past, Mentzer believed in the concept of “time under tension” – the idea that muscular fatigue is one of the key drivers of muscle growth.

Since the 70’s, various systems have been put together, but most are based on this fundamental system- fatigue the muscle, train to failure and keep your training sessions brief.

What Does The Research Say?

While the jury is still out on the whole “time under tension” thing, what has been made abundantly clear is that training to failure works.

Remember, one of, if not the most important factor that will decide whether or not you gain muscle is progressive overload (I really can’t stress this enough).

While you may not have considered it, additional muscle mass on top of what you’ve already got is actually quite costly for your body to produce – and if you don’t give it a reason to make more, it’s not going to.

By taking a set to failure, and then trying to push yourself beyond that point in your next workout, you are effectively giving your muscle that reason to produce an adaptive response and grow bigger and stronger.

The Importance Of Recovery

If you’re going to attempt this style of training (and I’m going to talk about who should and should not be training this way shortly), you need to make sure you look after the recovery aspect.

And unfortunately, that’s the part that a lot of people (especially guys) tend to miss – if you’re going to put your body through this kind of hell, you need to make sure you also give it time to repair and rebuild itself.

Because make no mistake, these workouts can be very uncomfortable.

At the end of the day, muscle isn’t built while you’re working out – it’s built when you’re at home asleep.

Yes, I know that if you dig into the Dorian Yates training routines, you’ll find out that he was doing it every day. But guess what – Dorian was also taking copious amounts of steroids, growth hormone and probably insulin.

You’re not (at least, I hope you’re not). As a natural trainee, you need way more time to rest and recover.

Is High-Intensity Training Better Than Other Training Styles?

Not necessarily. HIT training is great, and it definitely has its advantages. These include the obvious – the ability to gain muscle at a (reasonably) rapid pace.

It’s also a system that puts a relentless focus on consistently overloading the muscles and gaining strength.

With that said, there are some serious disadvantages to HIT as well.

No, I don’t mean emotionally stressful, I mean physically stressful. Training consistently to failure puts a lot of stress on your central nervous system.

Now, it’s important to note that this is an acute stress, which can not only be advantageous but is also required if you want to gain muscle and strength. But it is a very high-stress load nonetheless.

It’s also stressful on your muscles themselves, and the research is still unclear as to whether or not that could actually hamper your progress in the long run.

It Can Be Dangerous

While the chances of you dropping dead from a heart attack because your HIT session was so intense are slim to none, there’s no doubt that training this way comes with an increased risk of injury. This can include both a traumatic injury (a torn pec, for example), as well as long-term overuse injuries like tendonitis and joint issues.

It also means that you have to either work with machines or find a damn good training partner so you don’t risk dropping a barbell on your head.

I’m gonna level with you guys here – HIT training is not fun. It’s a hard, grueling workout that you probably won’t look forward to.

Don’t get me long, you may love the results, and you may find that it really works well for you. But the workout itself…nasty.

Who Should Be Doing HIT?

HIT is definitely not a routine I recommend for complete beginners. Since it emphasizes slow, controlled reps, you need to have some sense for how to go through the motions of lifting a weight while properly engaging the target muscle (this is referred to as the “mind-muscle connection”). If you are a beginner, you need to start with our Exercise Starters Guide.

I also don’t recommend it for intermediates because, like I said, it’s brutal, and I don’t want you guys starting your workout “career” dreading the gym.

With that said, if you’ve got some lifting experience under your belt and if your goal primarily is to stack on as much muscle as possible, give it a go.

I would, however, suggest that you cycle off of HIT every few months. Switch to something like high volume or heavy compound training for 2-3 months to give your body a break.

The following is a sample workout following the HIT template. As you go through this workout, make sure you keep a training log and track all your weights and reps, and push yourself to make progress each week.

For each set, choose a weight that will cause you to hit failure between 8-10 reps (I’ll also include a few exercises at the end of each workout that will not be taken to failure).

And remember – you’re going to failure. Push yourself as hard as you possibly can, and don’t stop until you literally can’t move the weight another inch (while maintaining good form, of course).

Dips (not to failure)

Calf Raises (not to failure)

Deadlifts (not to failure)