Home Automobiles The 2019 Chevy Blazer redefines what an SUV should be. 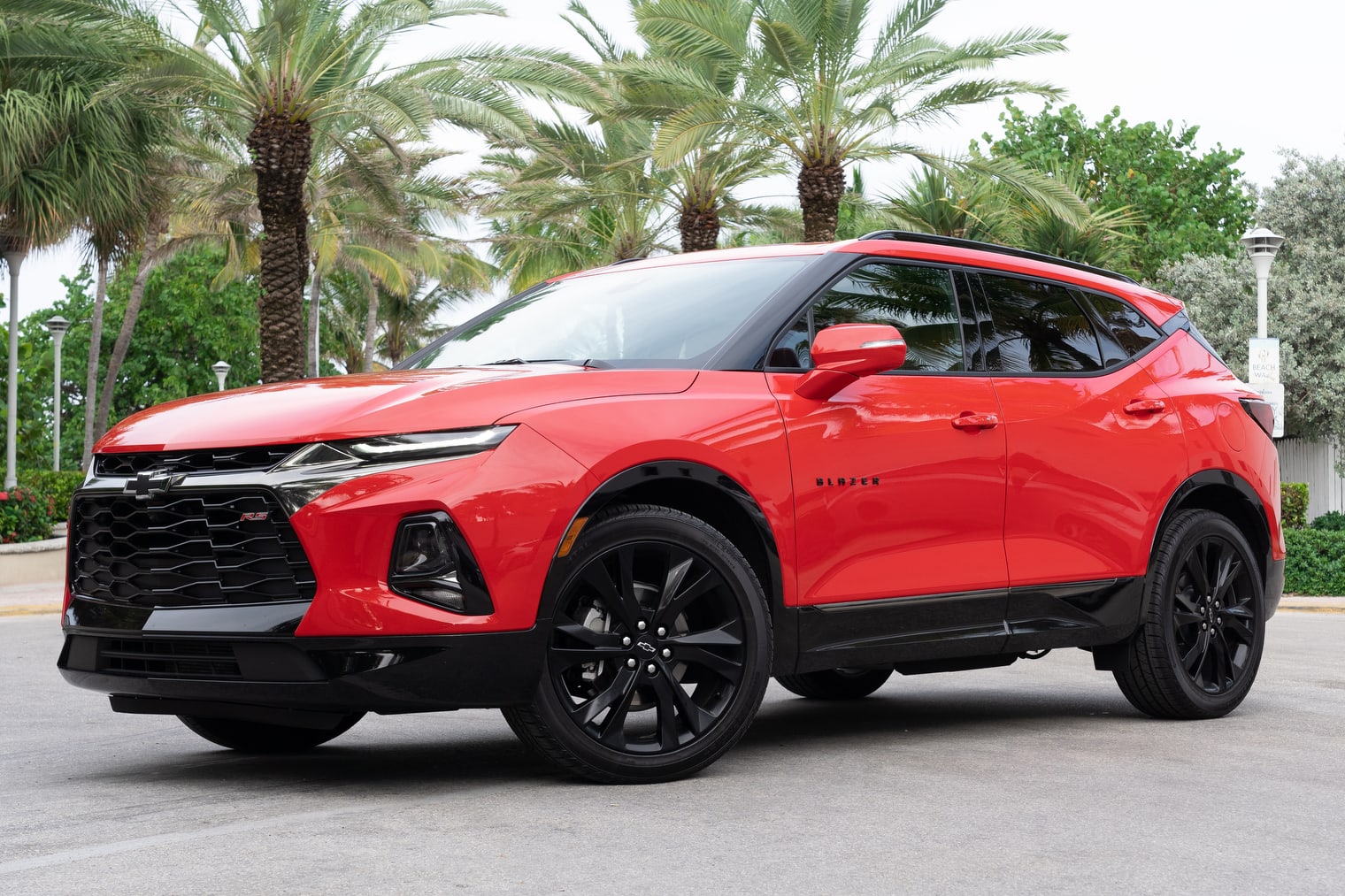 In my previous life, I was a serious SUV lover. I loved sitting higher off the ground, having space to haul things and not being bullied as I tried to merge into traffic. After one too many trips to the gas station, I decided to end my SUV infatuation. Now my days are spent trying to edge my way into Miami traffic without being bullied by non-compact cars.

When Chevy reached out about their luxury design media experience I was intrigued. The fact that I was able to test drive the 2019 Blazer for a whole week only sweetened the pot. Prestige Imports delivered the car and gave me a quick run through on how to operate the OnStar system, sunroof, and other basics.

My 2019 Chevy Blazer Premiere was Graphite, had leather seats, and sat on 21-inch aluminum wheels. The Premier is the uplevel model for this two-row midsize SUV. The dash featured an 8-in-diagonal color touchscreen, had 4G LTE wifi, and a rear vision camera. The EPA estimated fuel economy is 22 mpg city and 27mpg highway. It comfortably seats 5 passengers and the Premier option featured a panoramic dual-pane power sunroof.

Miami traffic is notoriously terrible and I’m pretty sure we rank number one, for being the worst drivers in the USA. Blinkers are considered decorative items and being cut off while going 70mph is an everyday occurrence. Keeping this in mind I had a bit of trepidation taking this baby for a spin.

The last thing I wanted was to do was crash as I tried to merge into rush hour traffic on I-95. Alas, my worries were soothed once the Lane change alert activated and I realized that the Blazer was intuitive enough to give me a heads up on overly aggressive drivers.

I’m an avid produce loser. Every single time I go to the grocery store I come out with a ton of fresh fruits and veggies. Without fail, a bag falls overs and one of my pristine picks decides to roll around my trunk. When I opened the Blazer’s trunk I noticed an adjustable metal bar that can be used to keep cargo in place. Brilliant!

For the first time in my adult life, all my produce arrived unscathed and my bottles of wine did not clink the whole way home. It’s those thoughtful design touches that made the Chevy Blazer such a pleasure to drive. The designers incorporated hidden compartments, vents with responsive adjusters, and a sunroof that closes quickly when those infamous South Florida sun showers appear from nowhere.

It is rainy season in South Florida so anytime you get a clear day you have to enjoy it. A road trip to the Keys on a sunny day is one of the best parts of living in Miami. It’s four hours of the open high way with stunning ocean views. The sound system was impressive and even with all the windows down, every single note was clear.

The Blazer really shines when it’s on the highway. The adjustable lumbar support helped prevent any back aches after a long ride and I was glad to not have to stop to stretch my back. The real highlight was the full tank of gas that got me there and back without needing to be topped off.

When Steve McCabe was a kid he found himself scribbling cars and shoes on whatever scrap paper he had around. Little did he know that his childhood obsessions would one day become his career. He is still a lover of a great pair of kicks but now his fantasies of designing cars are a reality.

During our walkthrough, he pointed out all the tiny details that helped make the Blazer an SUV you’ll love to drive. He said the inspiration for the 2019 Blazer, was the merging of a Camaro and you favorite midsized SUV. It’s the excitement of the Camaro and practicality of a midsize SUV that made it the best of both worlds. It is not often that you get an SUV that’s practical and fun to drive.

Chevy understands the power of design and how even the most mundane items in our lives can serve as inspiration. An automobile’s objective is to get you from point A to point B as safely as possible. It can be a status symbol, a hobby, and often times directly reflects your stage of life. The Chevy Blazer is the answer to an uninspired midsized SUV. It took cues from its muscle car pedigree and remembered that day to day driving should be fun too.

Design touches every aspect of our lives

“One person’s car is another person’s scenery.” Jonathan Ive. If we are looking we can find beauty all throughout our lives. It is that concept that helped guide the 2019 Chevy Blazer’s design process.

When we all sat down for dinner at The Bazaar by José Andrés I wondered what was in store. What the heck did a midsize SUV and an Avante Garde multi-course meal have to do with each other? It turns out they share more than you might think.

A great meal requires patience, technique, and the willingness to try new things. Our meal featured non-traditional renderings of classics and challenged our notions of the states of matter.

A well-designed car is much the same. It takes keen attention to detail, a willingness to go back to the drawing board and being unafraid of failure. The 2019 Chevy Blazer blended the best aspects of midsize SUV’s and the Camaro, with incredible results.

I thought I was done with SUV’s. They were clunky, gas guzzlers that weren’t fun to drive anymore. But driving the Chevy Blazer made me reconsider that notion. As I was crossing the Seven-mile bridge I had an epiphany. The skies were clear, the sun beamed down through the panoramic sunroof and salty ocean air flooded the interior of the car.

All that mattered at that moment was the drive. I wasn’t worried about my last work email or what I had to do the next week. This is the part that I’d forgotten. The pleasure that comes from just being present and enjoying the open road. That’s the thrill of driving and the 2019 Cheverlot Blazer Premier gave that back to me.

The Aspiring Gentleman was hosted by Chevy. All opinions are my own.