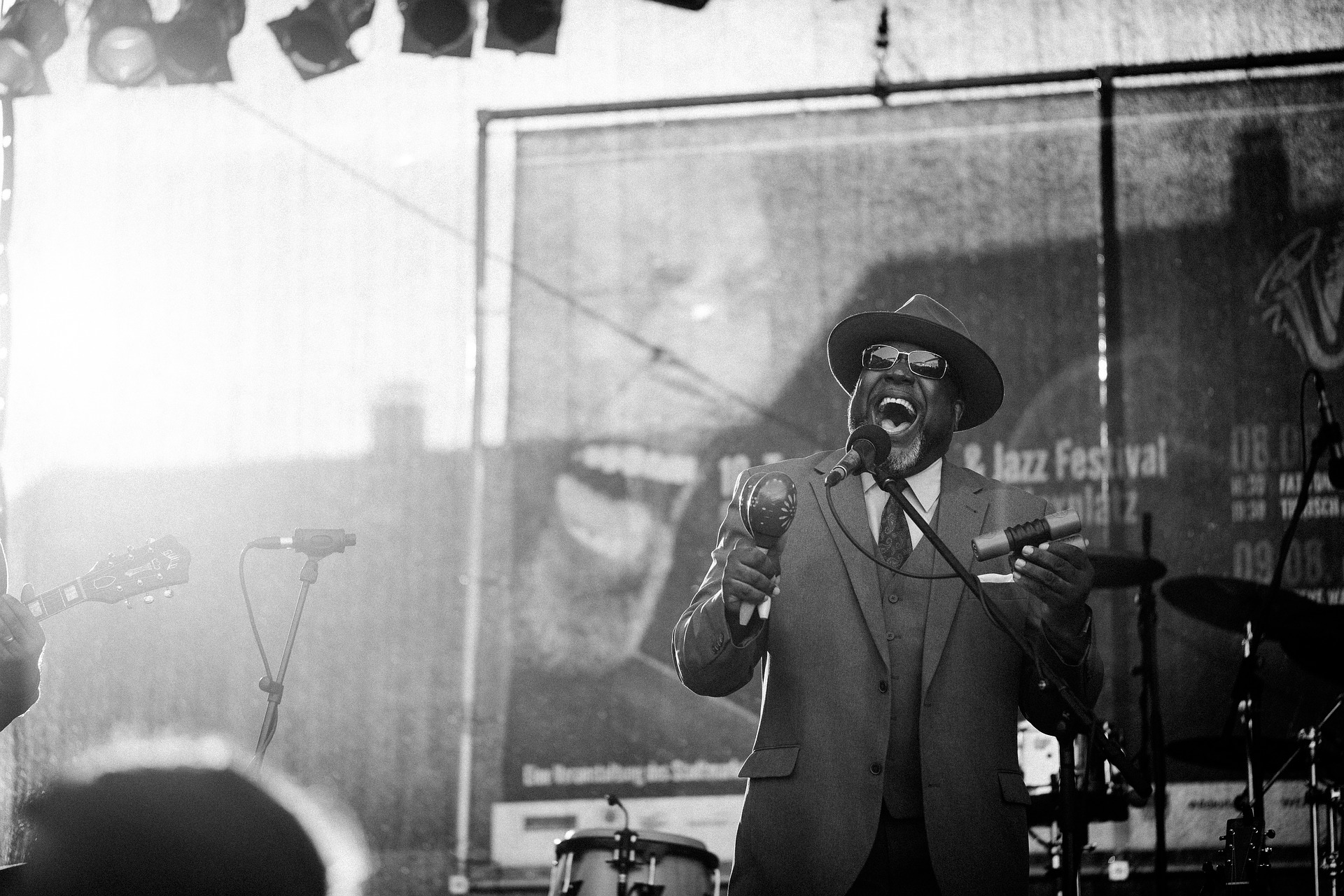 Joe Williams was a consummate jazz and blues singer; an entertainer blessed with a rich baritone voice with a delivery so smooth that it warmed and enveloped you like a cup of hot chocolate on a blistering cool winter day.

The fact that Joe Williams isn’t well known to the general public is through no lack of talent on his part. His style was understated and not full of flash. If anything he prided himself on delivering the songs clearly with impeccable timing that to the untrained ear sounds easy, but to those in the know was a thing of artistry.

During his six-decade long career he sang with the jazz bands of his time, both big and small, with his steady band work culminating with a seven-year stint with the Count Basie band that eventually ended in 1961.

From that point on he would tour around the world performing at the premiere jazz concerts, like the Monterey and Playboy Jazz Festivals as a solo performer with the support of other world-class musicians.

The strength and power of his voice was such that there was time during his career that he would sing without a microphone and just belt his songs above the band.

Williams greatest gift was his interpretation of ballads and the jazz standards that continue to resonate to this day. Listening to him sing “The Very Thought Of You” or other classics is to realize that you’ve never really heard and felt these songs until you’ve discovered it performed by Joe Williams. He was as much a storyteller as he was a vocalist.

In 1985 this gentleman of jazz was awarded a Grammy for the best jazz vocal performance on his Nothin’ but the Blues album.

It’s next to impossible to isolate one CD from Joe Williams’ extensive discography, but luckily there is a special day coming up next week that makes the choice a little easier just this once. If you miss out, you can always pick up one of his records, and of course, you will need a turntable to play it, so lucky for you, I have a great place to find a turntable for sale.

The two that stand out that would make a perfect soundtrack for any romantic Valentine’s Day date are, The Greatest, featuring his work with the Basie band and the compilation CD, Joe Williams Sings About You/Sentimental and Melancholy, a two-for-one imported disc.

These two albums highlight the swinging and the ballad side of this jazz giant.

Any gentleman wanting to set the mood for the one he loves could do no worse than to have these tracks playing. It’s a sure bet that your special Valentine will succumb to Joe Williams and hopefully to your charms as well.