Home Entertainment Music To Imbibe In: Count Basie Live at the Sands 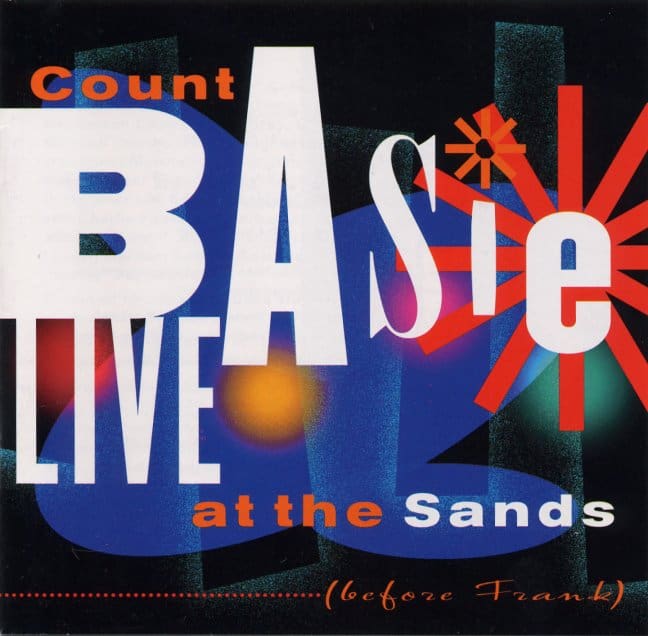 It was a time when all the men wore suits, and you got stared at if you didn’t have a cigar in your mouth and a drink in your hand. There was but one rule in Las Vegas in the 1960’s, and that was to smoke and drink with reckless abandon while you spent your money.

Listening to Count Basie Live at the Sands, a rather obscure treasure of a CD, one is immediately carried away and transported to that seemingly swankier era.

This release is from the time when Count Basie and his band opened for and accompanied, the Man, the Chairman of the Board – Frank Sinatra, while he performed his legendary stint at the Copa Room, at the Sands Hotel in late January and early February in 1966.

That particular CD, with Frank singing, Sinatra at the Sands, is a seminal recording, and no cigar-smoking scotch- drinking man worth his weight should be without this swaggering classic of a recording.

But this Basie album, which was put together long after their performances, has unfortunately fallen through the audio cracks, which is a shame, because it’s a terrific counterpart to the above-mentioned Sinatra CD.

The tracks from the Basie Live album come from the various sets the band did prior to Frank appearing on stage during his historic five-day engagement. These selected songs have been seamlessly blended together to give the impression of one single set during one of these nights.

These recordings have captured the playfulness and the energy of a band in front of a lucky Vegas audience. The sound is a freight train of swing rushing towards you at full steam. It’s lush, it’s sexy, and you’ll be snapping your fingers along to the songs without even realizing it.

Count Basie and his band play with an unmatched ferocity, and features a brass section so strong and so tight, that you can almost hear them squeak.

But the beauty of the band is in its ability to control its sonic muscle and to only flex when appropriate. Some of their best work is when the band is caressing a tune and building it to a slow climax.

It’s really a CD that needs to be listened to in one complete session. Part of the appeal of this album is in its power to have you imagine that you are there for one swinging night at the Copa Room with that double scotch in one hand, and a Churchill in the other.

The album is a momentary return to that glorious time when men were expected to smoke cigars and drink strong liquor and to avail oneself of all the pleasures a man could partake in, such a time indeed.