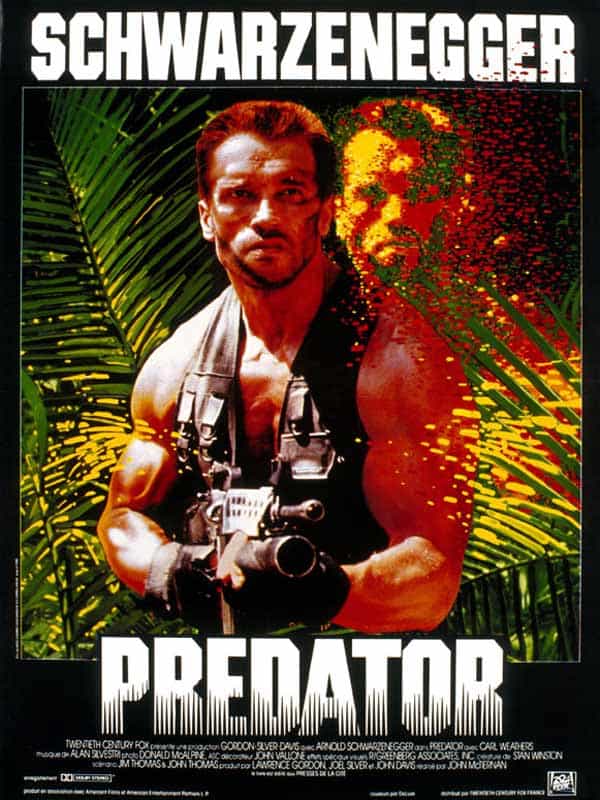 The team of specialists sent in to do the job that no one else can get done is a popular and constant theme in the genre of action films.

It’s one that works best when there are two strong elements in place.

One, that the commander of the team is charismatic enough to be believable as the leader of a motley group of men. Naturally, our hero should also be an avid cigar smoker, someone who looks as good with a machine-gun as he does with a lit robusto.

Two, that the assembled teammates are strong enough to carry their own in the movie, and are not just a bunch of secondary characters dropped in to feed the lead actor’s ego.

These movies are typically thin on plot, but heavy on action.  For the audience, the only requirement is a willingness to suspend your logic and to be committed to watching things go bang.

An outstanding example of this is the 1987 science-fiction action film, Predator. It stars long-time cigar aficionado Arnold Schwarzenegger, known during his bodybuilding days as “The Austrian Oak.”

Arnold plays the leader of an elite special-forces team. He and his crew are sent into the jungles of Central America to rescue a group of hostages, but along the way they encounter a hostile extraterrestrial.

Competing with “Arnie” and his biceps, are Carl Weathers, best known for his turn as Apollo Creed in the Rocky series of films; Jesse Ventura, a veteran of the U.S. Navy during the Vietnam War, and a former wrestler with the WWF; and Bill Duke, a character actor with over 30 years film experience.  The rest of the team, while quite good in their roles, are not as recognizable as the above actors.

The other star in this production is the predator, or the alien.  This technologically-advanced creature tracks its victims through their body heat and possesses an armor that can blend itself into any background, thereby rendering itself invisible.

But, given the genre of this film, it comes as no surprise that for some inexplicable reason the creature abandons its superior weaponry so that it can engage in hand to hand combat with Schwarzenegger for the movie’s climax.

What makes this particular film work so well is its brazen machismo. It’s laid on thick and it’s laid on from the get-go.

The film, after its initial credit sequence, sets the mood with a no-nonsense military inspired score. A helicopter lands in what appears to be a makeshift army base near a beach and a group of rugged men disembark, leaving one lone figure still sitting in the chopper in the shadows.

The flame from his lighter reveals our hulking action star, Arnie, and an equally large cigar.  With cigar lit, he swaggers out of the chopper and the tone for the film is set.

After a quick debrief with the General, Arnold hooks up with an old colleague of his, “Dillon” aka Carl Weathers.  The two men clinch hands in a show of bravado that borders on the ridiculous but is somehow stopped from descending into a macho farce by the fact that both actors have serious biceps straining through their shirts.

The movie progresses with scene after scene laced with profanity or “tough guy” chatter or, more often than not, both.  One of the more memorable lines is when “Blain” aka Jesse Ventura, is wounded and his colleague points out that he’s bleeding, to which he replies, “I ain’t got time to bleed.”

It’s just that type of film. Don’t go in expecting anything but a testosterone-fuelled adventure that asks you to put your brain on hold and to root for the big guy with the cigar.

If some films are a single malt scotch and a Cuban, this one is a six-pack and a tubed cigar that you rushed out to buy because you ran out of your good stuff.

If you just can’t get enough of the action and are looking to see more wrestling, check out www.wwestarz.com.