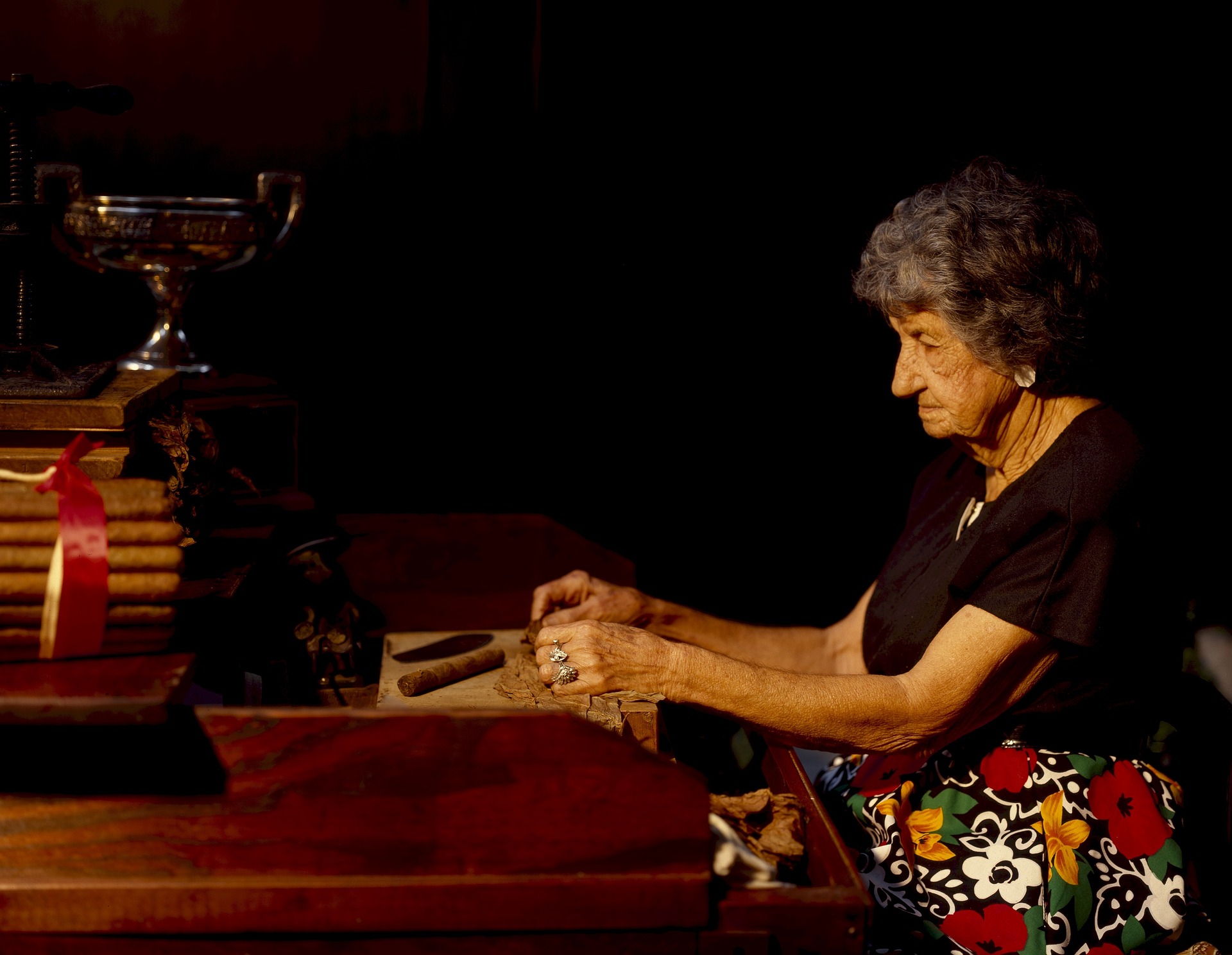 This 228 page hardcover book, first published in English in 1997, is unfortunately currently out of print, but Amazon offers many links to a variety of book merchants that sell the volume in both used and new condition.

The front part of the volume is devoted to the rich history of the Cuban tobacco industry and the subsequent role that the product has played in the psyche of the Caribbean island.

Following the historical section is a chapter devoted to the manufacturing process of the Cuban Cigar from start to finish. And sprinkled through out these informative pages are a series of wonderful little sidebars that specify the conditions needed for the growth and harvesting of this world-class brand.

Accompanying the text through out the first two parts of this gem of a guide are a series of color and sepia toned pictures devoted to the creation of the Havana Cigar.

French photographer Patrick Jantet has managed to capture the spirit and essence of the Cuban people and their enchanting island. He’s also included enough cigar production shots to make any aficionado’s palette water.

The third and final part of the guide is devoted to a reference section that profiles the nearly three hundred Havana cigars that were in production around 1997.

The guide contains life-size photos of each and every cigar along with their name, length, ring size and a brief note on their characteristics for each brand.

There is also a short section that provides some background into some of Havana’s legendary brands and several pages are also devoted to the addresses of all cigar factories and what cigars they produce.

And if that wasn’t enough, there’s also a list of the artisans involved in the production of the handmade Cubans and a glossary devoted to the terms used in and around cigar production.

It’s just a joy to flip through, and despite the fact that several new cigars have come out since its publication, it remains a quality book, and one that belongs in any gentleman’s library.