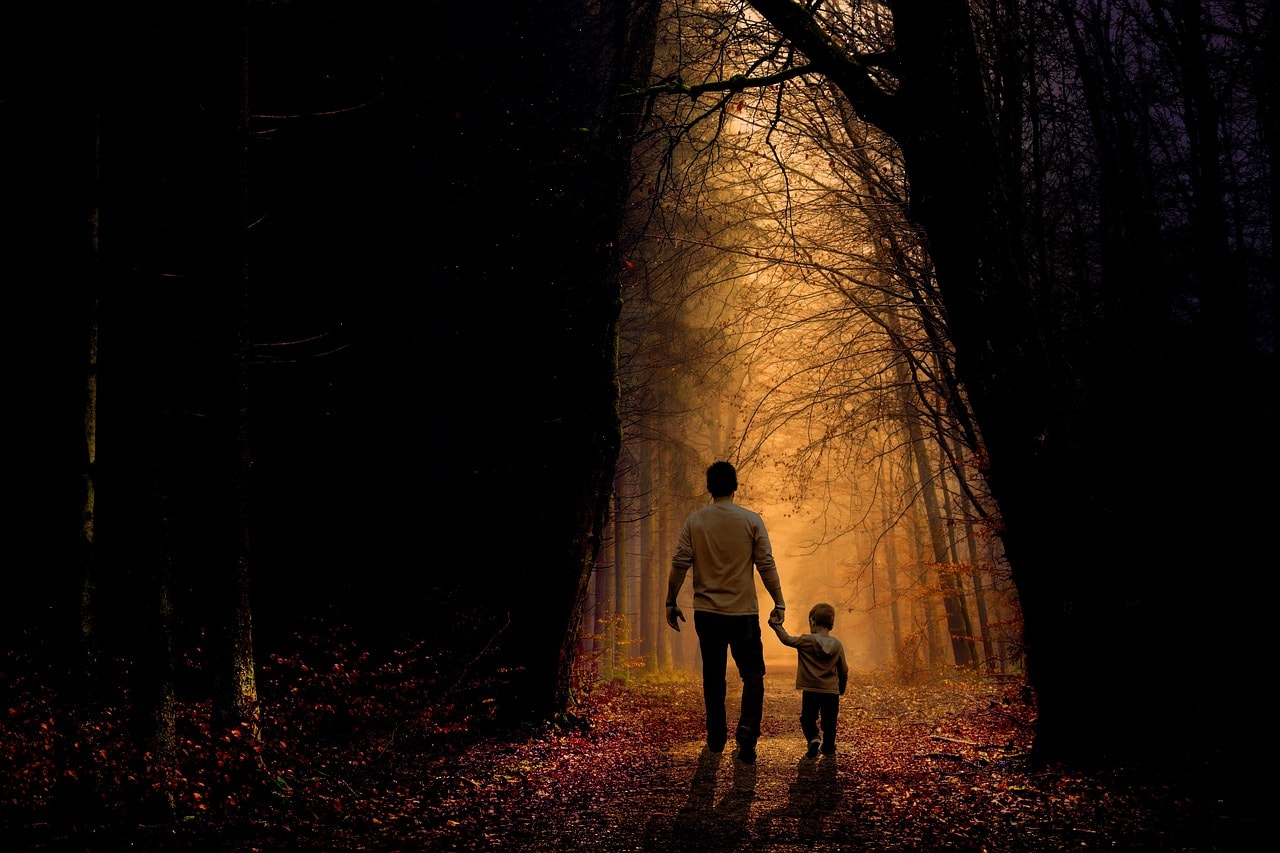 As Father’s Day approaches, many households will not be celebrating as a family. Divorce rates hover around 50% for modern marriages, extracting fathers from half of families, leaving boys without a strong male influence. This mass exodus of fathers is leading to a masculinity crisis worldwide. A man these days is no longer a man. He is confused, raised by women, and explicitly not raised by other men. Mom usually gets the kids and Dad gets removed, but he gets to pay the child support.

What often begins in romance between an aspiring gentleman and a yielding maiden, too frequently cannot withstand the storms of pop culture and mainstream media telling fair maidens that life is not fair to them, that they deserve more—better even than their groom can offer, and soon the man gets the left foot of fellowship from the family.

So, does this mean it’s best to stay single? If Benjamin Franklin’s advice counts for anything, it’s better to be married, even if he didn’t take his own advice which was:

“I know of no Medicine fit to diminish the violent natural Inclinations you mention; and if I did, I think I should not communicate it to you. Marriage is the proper Remedy. It is the most natural State of Man, and therefore the State in which you are most likely to find solid Happiness.”

Man alone is nothing. A group of men is nothing. They need women to have a future—to procreate, to have families, and to have children. Th e sexual value of women is high because a woman produces one egg a month, while a man can produce 100 to 300 million sperm in each ejaculation. Men must compete for women, the scarcer and more discerning gender of the species. But there is a point where men become weak around women. When a man has multiple women, he has all the power. The women must compete for the one alpha male, share him, and maybe even have group sex or threesomes with him. This is the masculine, gangster, 504 Hard Times fantasy that men try to access through violent movies, Internet porn, and video games. Man has the power and the women are subjugated. But what happens when the woman has the power? In a monogamous relationship, the woman has complete control of the sexual access. The man has hundreds of millions of sperm each day that he has every violent urge to unload into her womb, and he socially, by the law, by the customs of our modern world, must have permission and access to her body to get his release.

The woman must consent; he cannot rape her, or he is a criminal and goes to jail. So, in a monogamous relationship, where the woman has all the control over sexual supply, the woman has the power, and this is where the exchange of power begins. They say that when a woman loves a man, he becomes her strength. When a man loves a woman, she becomes his weakness. This is the exchange of sexual power. She becomes strong, and he becomes weak. She becomes more masculine in the sexual exchange and he more feminine. Without women, there is nothing—no men, no future, no tribe. Men need women, men desire women, men want sex, and a man is incomplete without a woman. Men will do stupid and self-destructive things just to have a chance with a woman.

Unfortunately, women know it. They know they hold the strings. If they want to stay married, they pull our strings as if we were marionettes. If they want it to end completely, they pull the final string that might as well be the pin on a grenade. Game over. Visitation begins every other weekend.

This was not always the case but in recent decades, the father role has been marginalized mostly by the ‘empowerment’ of women by leaders of the feminist movement by 1) women taking on the masculine role of work; 2) the welfare state; 3) divorce laws, family laws, child laws, and sex laws that favor women and give men almost no rights; 4) TV sitcoms where the dads are bumbling idiots. All these things combined make the role of the father mean less than ever before.

Millennials are on track to have worse lives than their parents, with lower wages, lower home ownership, lower marriage rates, and lower birth rates. The American dream that Boomers enjoyed will not look anything like the scraps left for the Millennial generation. This is not progress. It is a move backward. Make no mistake about it: We are going backward right now. Learning “how to be a man” is an endeavor that is no longer taught anywhere. In fact, this important skill is swept under the rug in the schools of today. So how can this be fixed?

In order to fix the problems we face today, we must look at what worked before, back to  ancient family roles where the father provided for his family. Patriarchy has been the structure where men have ruled the family and ruled society throughout history because men were the leaders and protectors of their tribes against danger and were in charge of the survival of the group against 1) the elements; 2) starvation and death by lack of food; 3) violence or attacks by other tribes; 4) violence or attacks within the tribe; 5) protection from predatory animals, lions, tigers, bears, et al; (6) they were the best hunters and later farmers and later workers in the industrial age who made all the money and the women did all the house work; (7) they were decisive and aggressive in making choices about what to do next in the tribe; and (8) they did not have to leave their leadership posts for child-rearing or family responsibilities as women had to today, torn in the binary choice of family versus career.

We are living in a time where these ancient, sacred ideals of familial roles that sprung from various religions that worked historically, have now been cannibalized by feminism and ‘equality’ over the last seventy years—as if an average woman could fare well in the NBA against men a foot taller than they. The idea that men and women are equal is preposterous, and the fallacy of equality clearly does not bring value or intellectual honesty to the Western world. In fact, Instead, it’s largely responsible for the decline of families, which make up the basic social fabric of a society.

Sadly, there are few ‘real’ men left. What we have is a generation of weak men, raised by women, with no fathers. Missing today are the good fathers who once presided over stable families. Fathers are important for raising good girls into good women and good boys into strong men. The absence of these good fathers is leading to weak men who are the beard-wearing, toque-wearing, scarf-sporting Starbucks barista men who cannot find more meaningful masculine work.

The lack of fathers in many households can lead to some alarming issues. According to the National Principals Association Report, 71% of all high school dropouts come from fatherless homes—a whopping 9 times the national average. Along with that, the US Department of Health reports that 63% of children who commit suicide are from fatherless homes which is 5 times the national average. These statistics prove that the lack of a father can lead to serious issues for children.

Boys learn most of what is important in to living a life as a man from their fathers. They learn how to behave, how to treat women, most importantly they learn how to be a strong man. Without a father in their life, many boys fail to learn these things. The absence of fathers isn’t the cause of all the problems we face today, but it’s a good place to start looking.

So, the next time you see a father, wish him a happy Father’s Day and thank him for his lifelong commitment to being a father, the fabric of future generations of moral men.

About the Author: Stefan Aarnio is the author of the book “Hard Times Create Strong Men” and is a mentor of men.