Home Advice Hawaiian Style Refined: What to Wear and Where to Wear Your Aloha...
Facebook
Twitter
Email 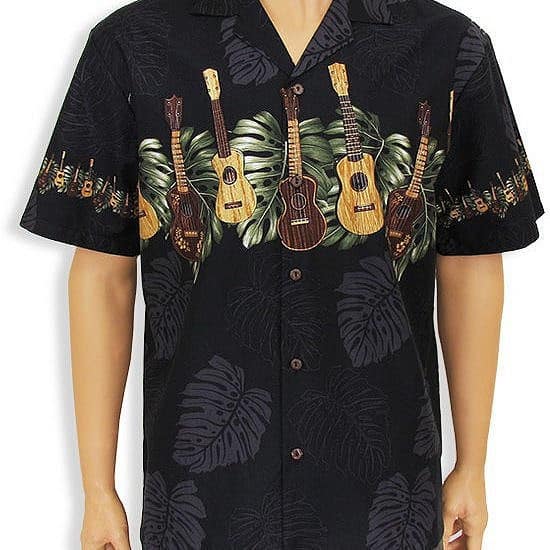 They show up everywhere, from Waikiki to Wales. Hawaiian-style shirts, also known as “aloha shirts” are coming back in a very big way. Truth be told, they never left. More people are wearing Hawaiian shirts than ever before. No longer relegated to tacky tourist traps or middle-aged, mai tai-sipping honeymooners on an ocean cruise, today’s aloha shirts are appropriate for many –but not all– occasions. Read on to know where to wear a Hawaiian shirt as well as what to wear with it.

Aloha shirts as we know and love them today have a rich history that’s not very old, as far as history goes. But it does involve the participation of five different cultures.

According to Collectors Weekly, the aloha shirt is based on a basic Western shape that’s square with short sleeves and buttons down the front. The name “aloha shirt” was trademarked by a Chinese tailor named Ellery Chun in Honolulu in 1936. Early aloha shirts were made out of kimono fabric from Japan.

Hawaiian-style shirts are worn outside the trousers– a custom that came to Hawaii via the Philippines. Plus, the first aloha shirts were manufactured in Hawaii, which was a sovereign country until the second half of the 20th century.

How Hawaiian shirts made their way to the mainland

During World War II, sailors on leave in Hawaii bought as many of the colorful shirts as local tailors could make. Interestingly, local Hawaiians were not apt to wear the brightly colored shirts and actually considered them a bit garish.

In the wake of World War II, the Hawaiian islands became a popular tourist destination, especially for American military members. Before that time, only the most stalwart travelers visited Hawaii.  After the advent of easy public travel from the California coast to Honolulu, many surfers who visited the islands to catch big waves came home with armfuls of aloha shirts.

1940s and 1950s movie stars and celebrities including Frank Sinatra and Bob Hope helped to popularize Hawaiian shirts as casual wear on the mainland. Today, a custom Shaheen “silky” rayon aloha shirt from the 1950s may sell for many tens of thousands of dollars at auction. 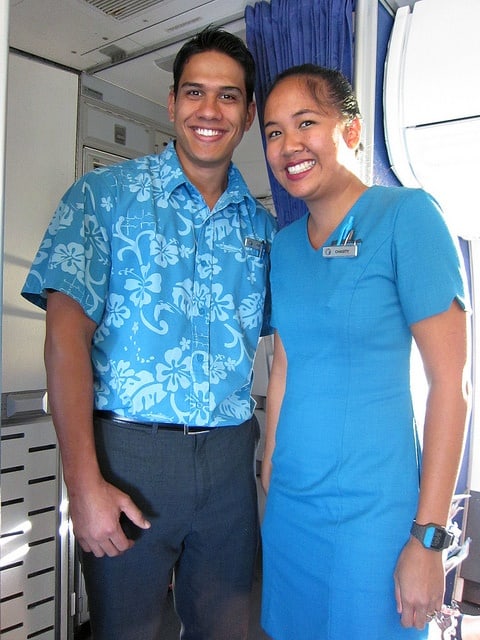 Today’s aloha shirts are generally not as colorfully outlandish as the classic Hawaiian shirts of the old days. The collars tend to be shorter, as well. Hardly anyone wears an aloha shirt buttoned all the way up, but the first aloha shirts, based as they were on Western shirt patterns, had button loops at the neck. Modern Hawaiian shirts have no button loop.

Today, a lot of so-called Hawaiian shirts are made in China out of synthetic materials like polyester that can be uncomfortable to wear in the tropics. Discerning shoppers go for cotton land real rayon fabric shirts made by upscale manufacturers.

The Wall Street Journal notes that today’s Hawaiian shirts are tailored to fit closer to the body than the boxy aloha shirts from back in the day. This elegant and distinguishing feature can be seen on shirts from Saint Laurent, Sandro and Tori Richards. Many a celebrity has been spotted wearing a Tori Richards shirt, and the trend looks as if it will continue indefinitely.

Where to wear a Hawaiian shirt

For casual island style, you can’t go wrong when you pair a colorful aloha shirt with khaki shorts or a pair of Levis. If those jeans are new and you slip off your sandals and put on a pair of understated shoes, you can go almost anywhere in your aloha shirt.

Today’s tailored, snugger fitting Hawaiian shirts in subdued shades can be tucked in and worn with a business suit or even a tuxedo. The founder of the Patagonia company, Yvon Chouinard, famously wore a red aloha shirt with a koi fish pattern under a black tux in the 1980s. Today, his company is reintroducing the popular line of “Pataloha” shirts.

Kevin Carney owns Mohawk General Store in Los Angeles, and sells a lot of Hawaiian-style shirts. Carney explains that modern aloha shirt options tend to be a bit more low-key than their boldly patterned predecessors. “We aren’t talking about the shirt your dad would wear, with a florid print of a parrot and a tequila bottle. Today’s versions have florals that can fit into any guy’s wardrobe,”  Carney told The Wall Street Journal.

Go ahead and add at least one Hawaiian aloha shirt to your wardrobe. You might not want to wear it to a funeral, unless you’re saying goodbye to a surfer at a beach wake. Anywhere else is pretty much fair game for a handsome, island-style shirt.

Nicholas Bird moved to Hawaii when he was a young adult, finding his own piece of paradise and a place to call home. He writes about Hawaii in his articles, from the culture to travelling there and other nuggets of interesting info.

8 Things to Love About Havana, Cuba

How to Move to Gibraltar for Work

What Are Superfoods and How Are They Beneficial?

Tips and Tricks on How to Estimate the Value of a...