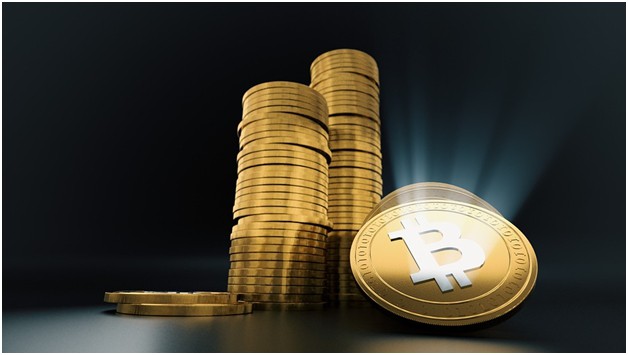 Cryptocurrency, as John Oliver proclaimed, it combines what you don’t understand about money with what you don’t understand about computers. I’m sure many of you have tried your hardest to ignore this cryptocurrency thing but it’s managed to infiltrate the marijuana world whether you like it or not. This article isn’t here to tell you to start investing, it’s just a simplified guide telling you how cryptocurrency is affecting the marijuana marketplace. Like I said, I’ll keep this as simple as possible, so let’s dive right in.

A cryptocurrency is a digital or virtual currency that uses cryptography, a form of data transmission and conversion, to secure all of its transactions. Cryptocurrencies are decentralized, meaning that no bank or financial institution controls them. This might seem sketchy and unsafe but that’s one of the appealing things about cryptocurrency; it cannot be subjected to government interference or manipulation.

What is a Blockchain?

A blockchain is a list of records that are linked together and secured via cryptography. Each record is called a block and consists of transaction data, a timestamp, and the previous block’s information. A blockchain is secure because you can’t alter the information in a single block without altering the information of all the blocks that come after it.

When it comes to cryptocurrency, a blockchain is an online ledger that stores the records of every transaction ever conducted using a particular cryptocurrency. As people smarter than I am put it, a blockchain is “an open, distributed ledger that can record transactions between two parties efficiently and in a verifiable and permanent way”. Blockchain technology is useful in cryptocurrency security but it can also be used for record management activities like online voting, medical records, and crowdfunding. Ok, after reading all that, you might be wondering what cryptocurrency has to do with the marijuana market. I’m sure many of you know that most banks don’t accept money from cannabis transactions because marijuana is still illegal at a federal level, making the marijuana industry a largely cash-only business. This can make it difficult to do things like pay taxes and the large amounts of cash means that many legal dispensaries are targets for robbery.

Some people believe that cryptocurrency could solve those problems but there are a few obstacles preventing the industry from completely embracing this new form of currency. One simple reason is that few people actually use cryptocurrency. One of the reasons is that it’s too new and a lot of people don’t understand it. Another is that some people are worried about the stability and volatility of the cryptocurrency market.

Dispensary owners, the ones you would think would benefit from cryptocurrency the most, are also wary. Since cryptocurrency is often used in criminal activities on the dark web, any drug sales using cryptocurrency, even legal ones, might invite extra scrutiny from the Fed.

Dispensary owners need to meet very high state and federal standards but the adoption of cryptocurrency would prevent them from doing so. The reason is that dispensaries use digital platforms to report their seed to sale data to state regulators, a process that could become murky if the dispensaries started using cryptocurrency.

Is Cryptocurrency the Solution for the Marijuana Industry?

Some dispensaries accept crypto but it hasn’t met widespread adoption just yet. Even so, many entrepreneurs have come up with special marijuana specific cryptocurrencies. You might be wondering why you would need cryptos dedicated solely to marijuana instead of just using established cryptos like Bitcoin. The reason is that cannabis coins are private while the other cryptos are public. Cannabis cryptos are meant to make marijuana industry payments more organized and secure.

This list is just to show you some of the cannabis coins, it is not a suggestion of investments. Investing in cryptocurrency is done at your own risk (as is smoking or using a dry flower vaporizer in the first place).

Cannabis coin came out in 2014 and its intention was to increase the speed and ease of consumer-business transactions. One cannabis coin=$10-$20, which is about the price of a gram of weed.

Also launched in 2014, this was one of the first marijuana cryptocurrencies. It was meant to take advantage of the legalization of marijuana in Colorado, there was even a Potcoin ATM installed in a Colorado dispensary. It got a big boost in 2017 when it funded former basketball star, Dennis Rodman’s infamous trip to North Korea.

The Future of Cryptocurrency in the Marijuana Industry

So if cryptocurrency collapses, would that have a negative effect on the marijuana market? Not necessarily, some people believe that banks will eventually come around to supporting the cannabis industry. No one knows what the future holds but I’d advise you to hang onto your cash; right now, it’s the only guaranteed method of payment.