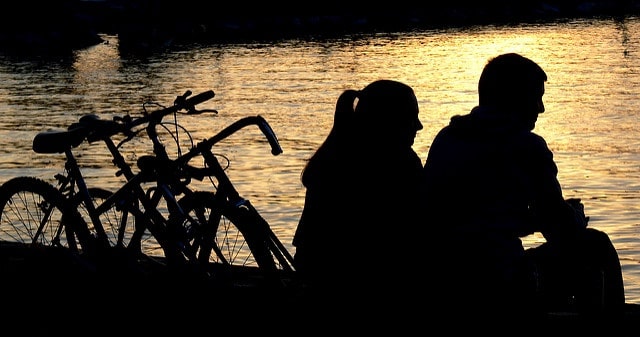 And I hate to say this, but if she has fallen out of love with you and she’s only in it for the money, be careful. In general, women always have a plan B and what she could be doing is looking for another guy first, before she leaves you.

I don’t like to sound so negative, but it happened to me once, so, I’ve been there and done that already. And when I found out that she was sleeping with another guy while I was married to her, I went ballistic.

So, this is why it’s important to analyze the signs of whether or not she still loves you.

Here are 7 questions you can ask yourself to see if your wife actually loves you. The more that you answer yes to any of these questions, the more likely it is that she doesn’t love you:

Usually when a woman starts to fall out of love, she may become sarcastic towards you. You may find that she finds fault with almost every little thing that you do, and she’s downright mean about it.

Sarcasm is usually really bad. It’s actually one of the traits that a woman will show when she really believes that everything is over and it’s just a matter of time before she explodes on you and then leaves.

But a smart woman will not be sarcastic if she’s not ready to leave. So, look for signs that she wants to be judgmental, but doesn’t feel like she can be open and talk about it.

If she’s sarcastic with you now and she was never that way before, my best advice would be to not let her near any of your bank accounts or assets first. Then ask questions.

#2: Does she get easily frustrated?

Frustration alone doesn’t mean that she doesn’t love you, but it’s a sign. It’s a sign that she’s going down that path which will lead to the sarcasm.

If she doesn’t love you anymore, she’s going to have a hard time not becoming frustrated. Why? Because no one wants to stay in a relationship that they don’t want to be in. That alone is very frustrating. So, be aware that if she is frustrated, she may be going down that path of wanting to leave the relationship.

Frustration is a sign that things are not good, and if something is not done, she will break up with you and you will be wondering if you can win her back after hurting her. 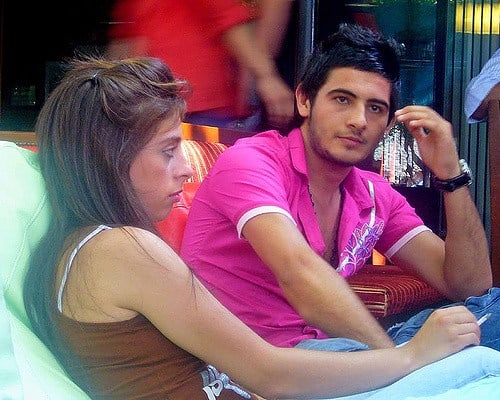 #3: Does she show you disrespect?

Disrespect is one of the key things to tell if she loves you or not. But it varies. If she shows you a lot of disrespect, then you can be pretty sure that she doesn’t love you anymore – especially if in the beginning she showed you plenty of respect.

When a wife loses respect for her husband, it’s just a matter of time before she actually leaves. This is another indication that you should secure your financial status and then talk. Don’t give her the opportunity to take every dime you’ve got if you have a joint bank account with her.

My ex-wife ripped me off of thousands of dollars in the last few months or our marriage because I wasn’t careful.

Don’t let that happen to you. It’s better to be safe than sorry.

#4: Has she stopped flirting with you?

Even in long-term relationships, flirting should still continue on. Or another way to tell is if she was once very affectionate with you, and now she’s not.

But this is a bit tricky because it is pretty normal for couples to not flirt as much once they are married for a year or so.

You should be able to tell. You’ve got to become aware of how she treats you in order to really tell.

Does she not look you in the eye and smile as much as before? Does she always seem to be pre-occupied with something so that she doesn’t have to talk to you?

Women are very communicative beings – so if she has stopped talking to you as much as she did before, that’s a pretty big red flag that something’s up and she may not love you anymore. 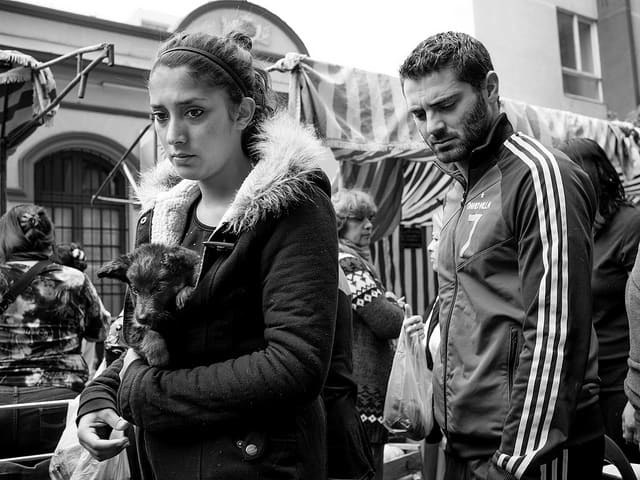 I touched on this already, but it’s important to list it by itself. Is she a lot busier than ever before? Does it seem that she is doing it on purpose so she can avoid you?

Women are super sneaky and are usually masters at hiding their true feelings – especially when they want to. So, be aware if she makes up excuses to get out of the house or she has to run a lot of errands all the time. She may be making a visit to some other guys house. I’m just saying…

#6: Does she make excuses to not have sex?

In general, women don’t want to have sex unless they are feeling attraction and feeling love for the guy they are with. This is why it’s a pretty darn good indication that she doesn’t love you if she makes excuses not to have sex.

Does she make excuses that she has a headache, or that she’s too tired when it comes down to having sex? Can you tell that she would rather be watching TV or eating ice cream than having sex?

This all depends, however. You have to compare what it was like in the beginning when you knew she loved you as compared to now.

(If that is true, there is no need to despair. It is relatively easy to learn how to get your wife to give you head – you just need to know how).

~ All of these are signs that she doesn’t love you anymore. I know it sucks, but it’s best if you know now what is going on than finding later when it’s too late.