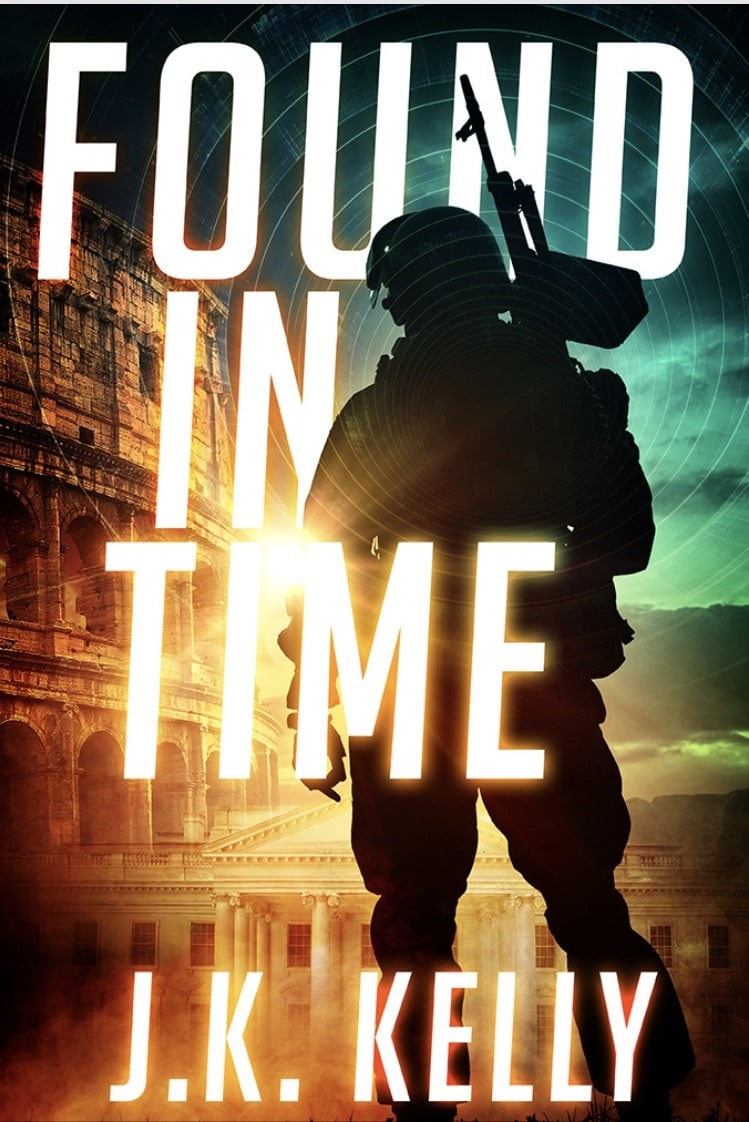 Growing up, my house was filled with LIFE and the National Geographic magazine. Those photos took me, took all of us, to places we thought we might not see. Beyond the photos were stories and I found that intriguing. I wanted to be a part of that somehow.

A friend took me to a NASCAR race at Pocono and then to an NHRA drag race in Florida and I was hooked. I took some photos, submitted them to a magazine, and before long they were supplying all access credentials so I could get as close to the action as possible.  I had always enjoyed telling stories and honed my writing skills studying Journalism at Penn State. Seeing the country and writing features for racing magazines became more interesting than school so I dropped out and started making phone calls. You can never be afraid to ask. I just had to work in motorsports. The worst thing someone can do is say no or they can laugh at you but I’m all about luck and karma so I just keep going.

Timing has always been everything in my life and a call to a Cup team in Charlotte rang just as they were looking for someone like me. I became the PR Director for Darrell Waltrip and the Gatorade 88 NASCAR team. It was such an exciting time visiting all the famous racetracks, being around drivers like DW, Richard Petty, Dale Earnhardt, Sr., and meeting so many of the interesting and impressive people in motorsports. Once you get to stand in Victory Lane as part of a winning team at Daytona it doesn’t get much better than that. But when my parents both became ill I moved back from Charlotte to Philly to help them as best I could.

Eventually luck and timing worked in my favor and I spent the next thirty years at VP Racing Fuels. Although my job was in growing domestic and international sales I always wanted in on the writing.  Press releases, marketing tools, bios, and feature stories came easy to me and in actuality, back in the old days there, we didn’t even have a marketing department so to a degree, I was it.  After flying a million miles or so I wanted to slow down. I needed to reconnect with the family that had grown up without me.  I had never lost my passion or desire to write and had projects stacked up in my laptop begging to be completed. I tried a hundred times to work on them in the middle of the night somewhere out over the Atlantic but I wasn’t always lucky enough to fly up front. Knocking out a novel in the air, writing one that is, was tough.

I was so lucky to have traveled the globe in my role at VP. I went just about everywhere and got to see just about everything. Instead of envying the National Geographic photographers and writers, my job in motorsports enabled me to follow my main passions. With all the life experiences I had it might have taken time but it was very fulfilling finishing Found In Time, my first novel.

All of us like to think what we’re creating is great but if you are attempting to entertain people with it or make a living at it you really should perform a reality check along the way. Make sure that your friends and family are giving it to you straight.  Rely on unbiased people who would tell you it’s good or not. Most of all, if you believe in what you are doing and your test audience is behind you then keep going.  I sent my manuscript away for grammatical edit since I’m horrible at that and they were kind enough to give me a few pointers once they were done.  I tuned a few things up and then discovered the wonderful world of query letters. What a process.  I quickly learned that there are perhaps a million books written each year and the chances of getting published by a traditional house aren’t very good. I think winning the lottery is easier. I relied on literary agent lists, went to a few seminars, and even solicited the help of an agent/consultant whose suggestion to me was, “Watch a lot of TV to get ideas for stories.” Seriously?

The query process is cumbersome and a crapshoot at best.  It’s like super speed dating where you have a minute of someone’s attention and you have to catch it very quickly with your writing or they’re gone. Interns seem to read 99% of what is submitted and depending on the time of day or day of the week or whimsy of the agent they’re working with your inquiry will probably wind up in a “slush pile”. That’s pretty much just like a round filing cabinet.  You have to be sure you submit your query to an agent who represents your genre and also pay attention to what’s selling and what’s been done before.  If your goal is to write something that will sell a million copies then make sure there are agents and a million people looking for, waiting for, hoping for you and your work to hit the market.

I come from an industry where things move very fast. Technology is always evolving and competitors, whether they are in business or on the track, are always looking for something to make them more successful.  A few agents responded to my queries with requests for more material but one took me on quite the rollercoaster ride of emotions. They had been very enthusiastic and asked to read the entire manuscript. Months later, I received a great review of the work but their last comment, “Loved it but we don’t represent anything military,” was a headshot. That genre clearly stated in the query, that the main characters were exceptional U.S. Marines. “If we like what we see and want to read more we’ll let you know,” is a typical form letter response. I am still receiving thanks but no-thanks notes from agents six months after I submitted the work. I also received two requests for more material recently but the work has already been published. Should I have waited? 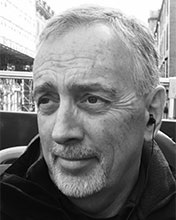 Then I started to wonder if the subject matter, the genre, or my writing was at fault. I found a great editor, a published author, who also teaches writing classes at a college. For a very reasonable fee she performed a critical review on the work and I’m happy to say, she didn’t think there was much to change.  There were just some tense issues and perhaps a recommendation to “move this sentence over there.”  Perfect. Now I had the verification, or vindication, that the work was a good read and with some luck might prove to be a success.

At this point, I didn’t want to resubmit to agents. My old way of doing things, just deciding to go for it and see what happens, has worked for me all of my life.

For example, years ago I wasn’t having any luck trying to get on the CBS Survivor Show through regular audition tapes so I wrote an eye-catching letter directly to Mark Burnett. I got more than a return call. I received an invite to fly to LA for an interview. That type of behavior has always done well for me. I’m not afraid to ask questions or try something new or perhaps a different approach. Over the years I spent a ton of time outside the box.

So I opted to self-publish FOUND IN TIME and the work has been getting four and five star reviews. That might get the attention of some agents or publishers interested in the sequel I’m deep into now. When you really think about it, the book is published and available on Amazon books, the reviews are very good, and I’m promoting awareness through some inexpensive Facebook ads.  I would have given 15% commission to an agent so I can’t tell at this point how I, as a first time novelist, would have faired if an agent had signed me. Don’t forget, they can sign you but that doesn’t mean they will be able to sell your book to a publisher. I’m also into instant gratification. I couldn’t’ imagine waiting a year to see if the agent could get it on bookshelves. I don’t know how writers and actors shoot a film in 2015 and then do pre-release publicity junkets in 2017. That would kill me – but I’m willing to try! 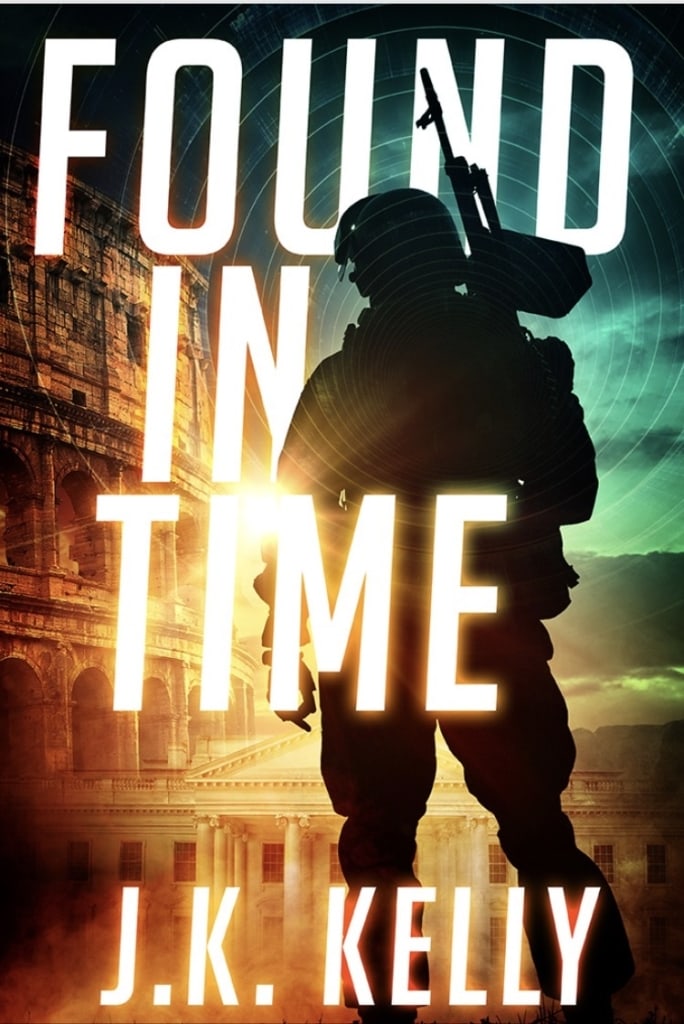 I’m not knocking literary agents.  They’ve got a tough job in an ever-changing industry. Some have been very encouraging. I’m just frustrated with the process.  Maybe that will change at some point.  As an aside to anyone else who is writing books, I was very lucky to have spent a few minutes with James Patterson in New York a few months back.  He told me, “You have to give the reader what they want.” In Found In Time, I gave a riveting account of a Marine Special Ops team testing a new technology that took them around the world and also allowed them to take a knee before the most important person the world has ever known. It’s full of action, adventure, science fiction, history and challenging questions. In the upcoming Fuelin’ Around, which I plan to launch in mid-January, readers will get a glimpse into motorsports they rarely see.  From pre-release reviews, I’m giving them what they want and then some.

Aspiring writers be involved in social media, network as best you can, ask for help, and ask for a chance.  There are plenty of websites and connections that offer info and encouragement.  Check references of anyone charging for their services.  Don’t follow bad advice like “watch TV for ideas” either. Develop your own and go for it. You can’t hit a home run unless you step up to the plate and give it a try.

I thought racing was competitive. There might be fifty to sixty cars trying to win the pole and then win the Daytona 500. With books, everyone’s dream is to be #1 on the NY Times Best Seller list.  For me, this is one time I would settle for the Top 10.

The world of motorsports that I spent nearly forty years in is so fast paced and full of people, places, moments, and events that can touch every sense and emotion. It’s loud and exciting where things can come to an end quicker than you can imagine.  I’ve been to Indy, Daytona, Monza, and the Isle of Man and in intimidating boardrooms and noisy bars from Sydney and Suzuka to Dubai, Moscow, and Manhattan. Writing a novel, at least for me, is somewhat of a peaceful and thoughtful process where quiet and no interruptions are needed. The noise of the racetrack and engine dynos has been replaced, at least until the next novel is finished, with my wife, children, grandchildren and yellow lab yelling for me to finish the damn chapter and come out and play!

Review Of The Great Gatsby By F Scott Fitzgerald