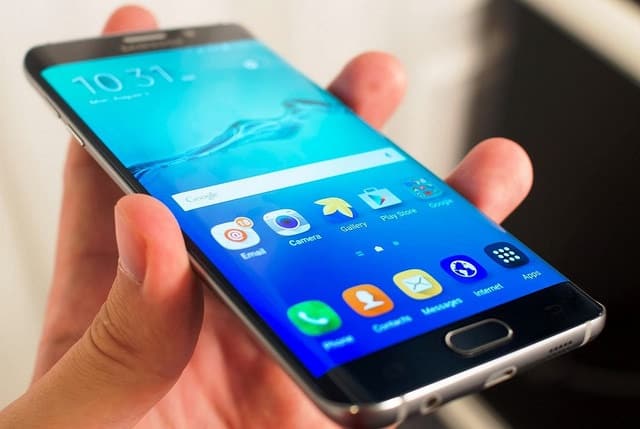 Admitting that you have an addiction is the first step toward recovery. But how do you know if you have an addiction to something like a smartphone? The things that usually make addiction obvious, like destructive effects on your personal life or having to hide your use, aren’t as obvious with something like a cell phone. Most likely, everybody around you has their own smartphone, and they probably appear to be using theirs the same way you use yours. It can be easy to miss signs that you’re overdoing it. Take a look at some clues that you might be overusing your smartphone.

You Lose Track of Time

Do you ever pick up your phone just to check your email or your Facebook notifications, then the next thing you know, you’re late for work or you realize that you’ve missed lunch? If you’re losing track of time while you’re on the phone, that’s a good sign that you might be addicted.

Smartphones offer a ton of activities in one small package. For example, a smartphone such as the Samsung Galaxy S7 Edge  offers the Android store to download new apps, a 12MP camera and high connectivity, meaning you have everything you could possibly need at your fingertips. It’s easy to get sucked into a fascinating Twitter exchange or a round of good luck playing Candy Crush and block out everything around you. And once in a while, that’s understandable. But if it happens too often, you probably need to think about cutting back on your phone time or getting rid of a few problem apps.

Your Phone Is Your Solution to Boredom

Sometimes, a smartphone can be a great way to pass the time when you’re bored and you really can’t do anything else. For example, when you’re waiting in a long line, you can’t really go anywhere or start a project, and a smartphone is an easy way to keep your mind occupied.

However, if you pick up your smartphone first every time you’re bored, you may be missing out on other things you could be doing. Bring a book with you when you know you’ll be waiting in a doctor’s waiting room for a while. Start an art project or take up knitting when you need something to do around the house. Get out of the house and take a walk or start a garden when you’re tired of looking at the inside of your house. If you’re passing up the chance to do something creative, active, or intellectually stimulating in favor of staring at your phone’s screen, then you’re missing out.

You Use Your Phone Even When You Know You Shouldn’t

The most obvious example of using your phone when you know you shouldn’t, is texting and driving. That’s often thought of as a problem that only teenagers have, but it turns out that adult’s text while driving more often than teens do, even though they know that it’s wrong. If you can’t stand to leave your phone in the glove box or the backseat while you’re behind the wheel, then it’s likely you need to work on reducing your dependence on your smartphone.

Even if you’re a conscientious driver, if you find yourself absorbed in your phone while you’re in a meeting at work, while you’re supposed to be watching your kid’s school play or while your spouse is trying to talk to you, you’re still using your phone when you know you should be doing something else. That kind of usage can really have a negative effect on your life over time.

You probably shouldn’t toss your cell phone out, even if you’re showing signs of addiction. For many people, a smartphone is an essential tool. However, if you’re using your phone in an unhealthy way, you should start thinking about cutting down the time you spend on it and establishing rules that will prevent you from overusing it.